Potential to store Pilbara mine water for agriculture 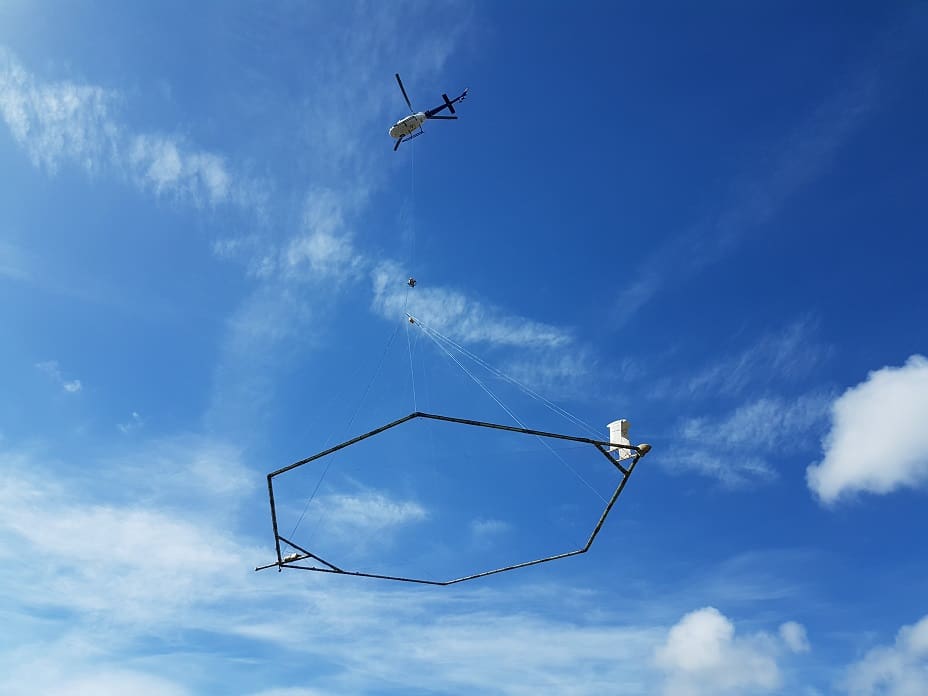 Aerial geophysical surveys of the Pilbara have been completed to identify areas that could be suitable for underground dewater storage for future irrigated agriculture developments.

AERIAL geophysical surveys have been underway in the Pilbara region of Western Australia to identify sites that may be suitable to store water underground for future irrigated agriculture development.

The surveys, undertaken in collaboration with the CSIRO and BHP, are a part of the WA Department of Primary Industries and Regional Development’s Transforming Agriculture in the Pilbara (TAP) project.

TAP project manager Chris Schelfhout said the project was investigating whether surplus mine dewater could be collected and stored underground for reuse in irrigated agriculture enterprises.

“The aerial geophysical surveys used a device that looked like a gigantic Hills Hoist clothes line suspended from a helicopter to collect information on moisture content, stratigraphy, porosity and salinity over an area of the east Pilbara,” he said.

“This data from the surveys will help to identify areas that could be suitable for what is called managed aquifer recharge, which involves the injection or controlled infiltration of water underground for later use.

“Previous investigations have found there could be up to 10 gigalitres of surplus mine dewater from operations in the East Pilbara that could be stored underground, with the prospect of more in the future.”

Now the surveys have been completed, the data will be collated and interpreted to identify groundwater depth, quality and suitable areas for managed aquifer recharge.

The potential of using mine dewater for agriculture production is just one component of the $5.9 million TAP project to ground-proof soil and water resources in the region for potential horticulture, fodder and field crop production for a range of development sizes.

Ten areas with significant land and water resources have been identified and some have become the focus of further soil and water field validation, including the lower De Grey River, Shaw River, Karratha Hinterland and Newman.

The project team is also working in partnership with industry on prospective irrigation systems research activities to optimise productivity from suitable land and water resources.