A drier three months likely for large parts of Australia

Much of western and southern Australia, and parts of eastern Queensland, are likely to experience a drier than average three months.

In contrast, most of central and eastern Australia shows no strong swing towards either wetter or drier than average conditions this February through April. In February, parts of Victoria and NSW over and near the Great Dividing Range have an increased chance of being wetter than usual.

Chance of exceeding 100mm during Feb-Apr: Warmer than usual days and nights are very likely for most of Australia during February to April. This follows Australia’s warmest December and what looks almost certain to be the warmest January on record. 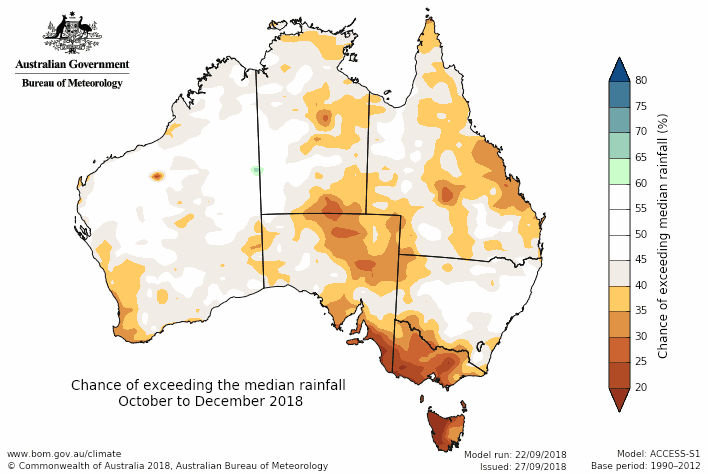