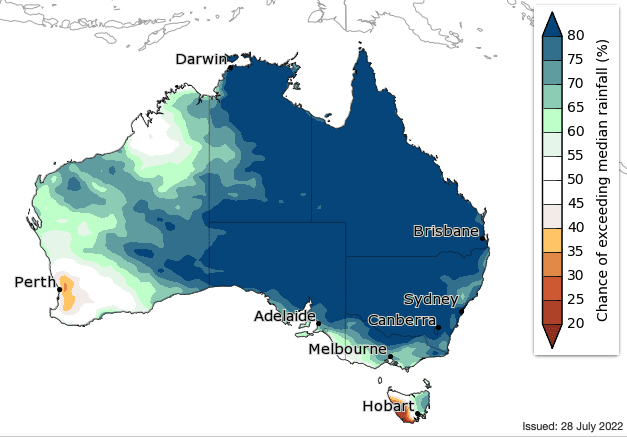 Wetter August to October likely for most of Australia

There is a high chance (greater than 80%) of above median August to October rainfall for much of the eastern two-thirds of the mainland, with chances reducing gradually in the west, and tending to below median for western Tasmania and an area of south-western WA.

It should be noted that May to September is the northern Australian dry season. This means most of tropical northern Australia typically has very low rainfall totals during this time (large areas less than 25 mm for the season), and only a small amount of rainfall is needed to exceed the median.

Past accuracy for August to October chance of above median rainfall outlooks issued at the end of July is high to very high for most of the eastern two-thirds of Australia, but low for inland southern and central WA. 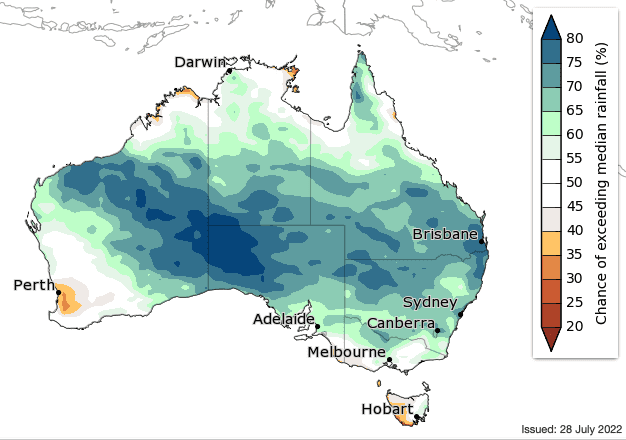 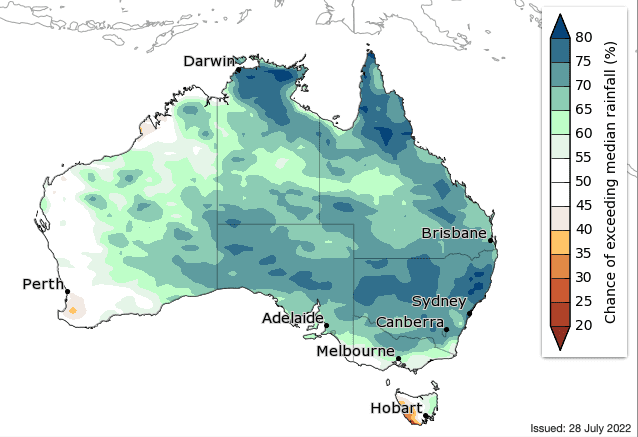 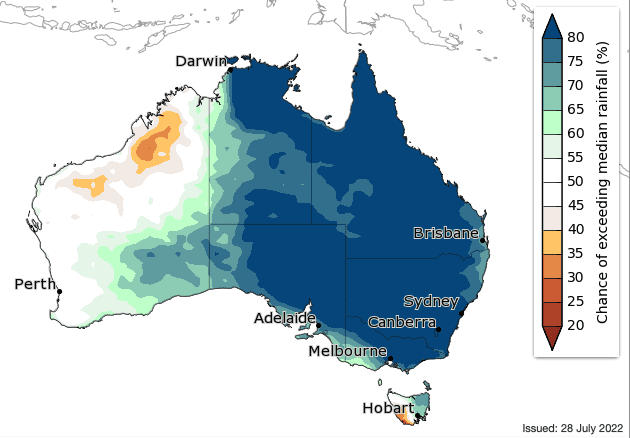 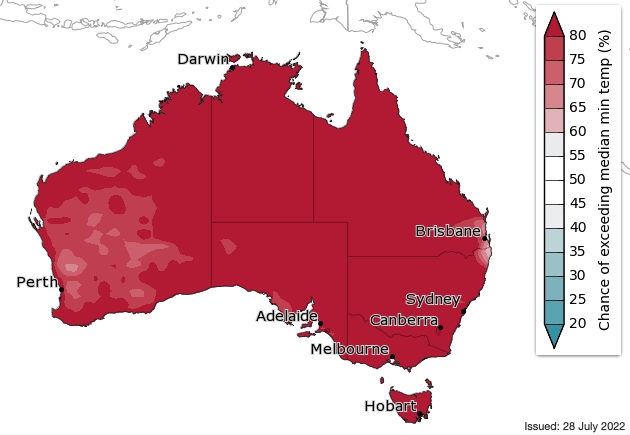 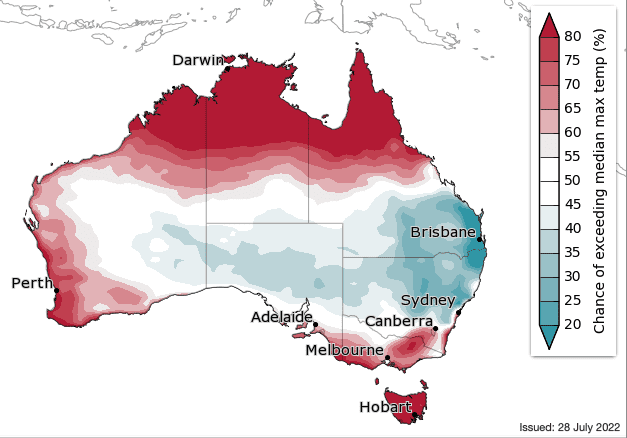 There is more than double the normal chance of unusually high maximum temperatures (in the warmest 20% of all August to October periods over 1981–2018) across most of the tropics, and Tasmania.

Minimum temperatures for August to October are very likely to be above median almost Australia wide, with a greater than 80% chance for most parts. 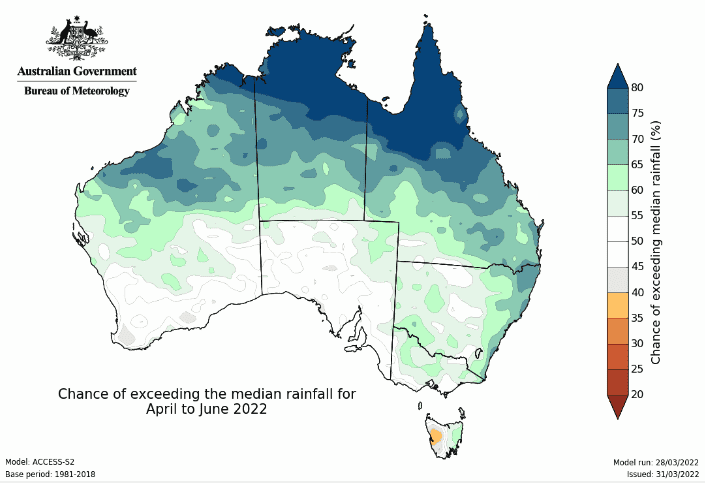