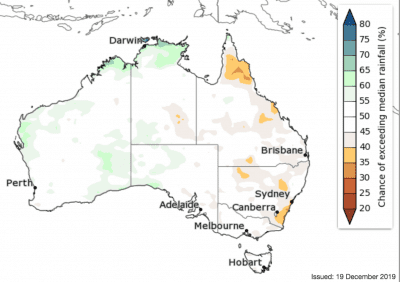 The rainfall outlook for January to March 2020 indicates most of the country will have roughly equal chances of a wetter or drier than average three months.

While outlooks for drier than average conditions ease heading into 2020, several months of above average rainfall would be needed to see a recovery from current long-term rainfall deficiencies. 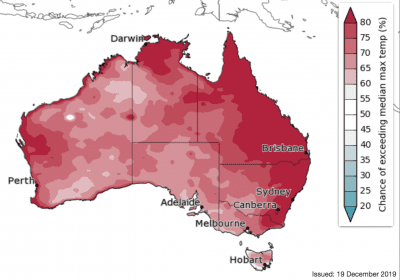 For the fortnight covering the Christmas–New Year period (23 December to 5 January), days are likely to be warmer than average across most of the country, with much of NSW, Queensland and the eastern NT likely to see temperatures two to four degrees above average for the fortnight.

Warmer nights are likely for most of the country for January to March, except southern and western Tasmania and parts of the southeast mainland coast. Chances of warmer nights are very high (greater than 80%) for most of Australia, with chances reducing slightly in the south to southeast. 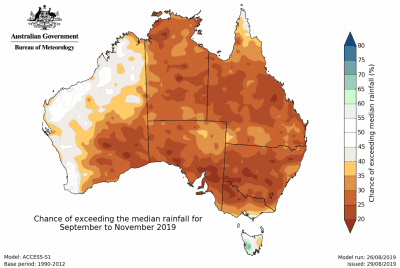