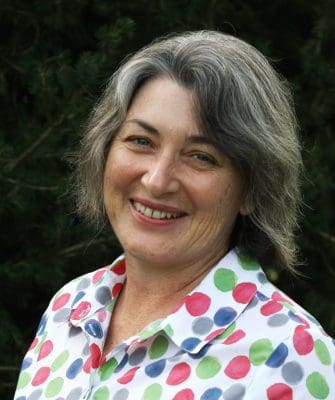 Liz Wells was born and raised in Sydney, and gets her country connection from holidays spent on her mother’s family’s grain and sheep farm near Grenfell in NSW.

After a stint at ABC Radio and with a journalism degree in hand, Liz pursed the ag journalism path in 1989 by joining The Land newspaper, which saw her primarily cover central and southwest NSW.

In 1995, Liz went global by becoming Knight-Ridder’s Australian agricultural correspondent. This involved reporting on Australia’s grain, meat, fibre and sugar industries from her base in Sydney, and then the Canberra Press Gallery. Liz also co-ordinated Asian reporting of cotton and feedgrain markets, and travelled overseas and around Australia to cover events for the newswire.

A move to Toowoomba saw Liz work in regional newspapers before moving back to agriculture with the Fairfax Group, and then in corporate communications with the University of Southern Queensland.

Liz has freelanced for organisations including CSIRO and GRDC, and is currently a northern region correspondent for GRDC’s GroundCover magazine.

Liz is Grain Central’s property writer, and covers general news with a focus on logistics. She is married to Henry Wells.