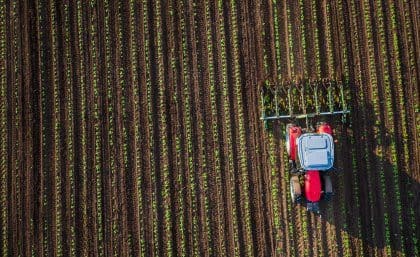 TO what extent does satellite technology now allow the precise monitoring of crop yields at paddock level from space?

There are many compelling reasons to cheer this technology on: in particular the potential  to help growers make better informed and earlier crop decisions, and to increase the lead time of crop yield forecasts and knowledge of changing supply and price trends.

A new research project announced last week between the University of Queensland and a university in China aims to improve the ability to use earth observation (EO) data and biophysical crop modeling to more accurately predict crop yields well in advance of harvest.

The Queensland Government and the Chinese Academy of Sciences have jointly funded the $250,000, two-year project, which will see the UQ-based Queensland Alliance for Agriculture and Food Innovation work with the Beijing-based Institute of Remote Sensing and Digital Earth (RADI) to develop crop yield prediction systems using satellite data and biophysical crop modeling systems. 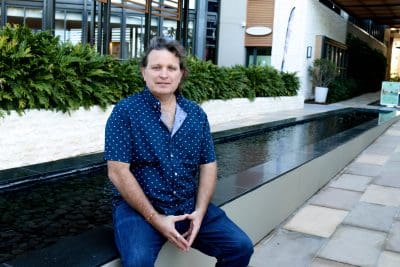 Dr Potgieter told Grain Central that, up to this point, Precision Ag has mainly utilised data from actual harvested yields at paddock scales, while satellites have been used to monitor vegetation growth and health, at various spatial resolutions with higher resolutions at sub-metre level available at a high cost.

One of the main drawbacks from such approaches have been that they involve measurement after the event and that the satellite spatial and temporal resolutions are coarse due to satellite platform and limited temporal availability due to cloud cover.

Drone technologies have been rapidly taking off – quite literally – in recent years to address this gap.

Fortunately, recently launched satellite technologies like SENTINEL (more information here) and Planet have increased spatial as well as temporal resolutions to 10m and 5-10 days or even 1 day (optical), respectively.

However, in order to convert data to information and actionable knowledge that will allow changes in decision making at industry level, an integrated approach is required at location specific scales and well ahead of the event.

This is largely where this new QAAFI-RADI project comes in.

“It will make use of three different satellite platforms with ranging spatial resolution at from 10m, 25m and 250m,” he said.

“It will also bring into the equation the biophysical knowledge of crop growth, which is needed to accurately predict yield at a field scale.

“Many precision ag tools lack such an holistic approach.

“Operationalising these likely new approaches will be to work closely with an industry partner that already has developed data frame for delivering information to producers, but lacking the ability to accurately predict wheat yield at a field scale.

“This is not currently done using satellites to my knowledge.”

A key motivation of the project is to help farmers in both Australia and China to mitigate the impacts of climate change.

“One of the main challenges in food security is to know what the likely current crop will be before the event,” Dr Potgieter said.

“This will allow for industry and farmers to make early decisions, for example to increase nitrogen, plant different cultivars or move resources form one region to another well in advance of harvest.

“Knowing the crop size before sowing remains a challenge and in this project we will envisage to link with our biophysical model and then contrast various general circulation models (GCM) (for example the Bureau of Meteorology’s ACCESS model ) to explore the ability of predicting crop yield before sowing across various shires in Australia.

“We have found that linking such general circulation models to our crop model might lead to an increase in the lead time of the crop prediction but not necessarily the skill. “

“However with general circulation models showing an increase resolution in spatial and temporal ability i.e. at 5km and longer lead times, will allow for a more robust analysis at this scale.”

“We intend to link the latest state of the art general circulation model capability with our advance biophysical crop model at shire scale and test its fidelity at these scales.

“We will also assist China to develop their own biophysical regional scale wheat model, which currently does not exist.”

“Our focus in this project is to develop a holistic approach that will allow for forewarning well before the event of likely impacts of current and future climate on crop yield, at field and regional scales, in years of droughts or floods.

“This can be used by producers and decision makers to change their decisions accordingly. “

“For China this technology currently does not exist, and in Australia we need to establish the ability to increase not only the lead time of crop yield forecasts, but also develop a predictive yield level framework at field scale from the integration of EO data, GCM climate predictions and biophysical crop modeling.”

Dr Potgieter said the project will involve close collaboration with scientists from QAAFI and RADI.

The stated aim of the project is to develop a dynamic crop yield prediction system applicable from pre-sowing to harvest through integration of satellite-based, biophysical and climate models, for Queensland and northeast China.