AUSTRALIA exported 308,417 tonnes of canola in January, up 22 per cent from the December total of 253,437t, according to the latest data from the Australian Bureau of Statistics. 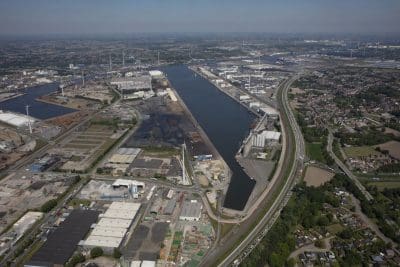 Ghent is one of the Belgian ports which recieves Australian canola for crushing. Photo: North Sea Port

New South Wales harvested its third consecutive small canola crop, which means it has been a buyer of bulk cargoes of mostly Western Australian canola for crushing in Newcastle.

The increased domestic demand has shortened WA’s export surplus, which along with shipments from South Australia, will provide the bulk of Australia’s canola exports this year.

Canadian canola is competing with Australian seed into Europe, but Australia has China’s canola market to itself because of the trade dispute which started around this time last year and closed China to Canadian canola exports.

“There are now hundreds of millions of people eating in instead of eating out, and the general feeling is there will be more packaged oil, which includes canola oil, used in home cooking,” Mr Goddard said.