14 agricultural researchers have shared in $330,000 worth of grants through the Federal Government’s Science and Innovation Awards for Young People in Agriculture, Fisheries and Forestry annonced today.

The awards were established to help turn ideas for improving agricultural productivity into reality.

Minister for Agriculture and Water Resources David Littleproud said each winner will receive a grant of up to $22,000 to further develop their ideas and boost Australia’s agriculture sector.

“These innovators are the ones who’ll keep Australian agriculture at the cutting edge,” Minister Littleproud said.

“These are innovative and practical ideas that will make farm businesses more efficient and provide greater protection against biosecurity threats.

“One project uses automation to quickly put in farm fencing.

“The Smart Fencer automatically drives fence posts and runs wire while you tow it behind a ute.

“This project could slash the time and labour needed for fencing farms.

“Another project is developing real-time airborne disease detection and mapping it for grain farmers, which will let farmers to protect their crops more effectively and reduce losses.

“Another is looking at recycling abattoir wastewater with plasma to remove waste products.

“All projects have big potential and we want to see them reach their goals.

“One project will also win the Minister’s Award with another $22,000 to help deliver the project.”

The Science Awards will be presented at a gala dinner as part of ABARES Outlook conference 2019 from March 5-6. University of Queensland research scientist Dr Dean Brookes is looking at a new way to quickly identify difficult-to-find cotton pests. Dean wants to find out if irrigation water from cotton can be scanned for trace amounts of DNA left behind by pests and pathogens.

The approach could be used to complement traditional pest and disease surveys.

“DNA of various organisms is sitting out in the field, in the soil and on plant material” Dean says.

“As irrigation water runs through the field it’s going to collect a lot of that material and—depending on the organism—we might be able to detect it by collecting that water and filtering it for their DNA.”

This DNA is known as environmental DNA (eDNA), and finding it has proven popular in conservation biology as a highly-sensitive way of detecting organisms.

“The most common use is in river systems where researchers take a sample of water to look at fish species diversity” Dean says.

“It’s a great way to get information about the diversity of organisms that are in an environment without having to physically look for them.

“And because of the way cotton is irrigated there’s a good chance that it’ll be useful there as well.”

The inspiration for the project comes from Dean’s PhD research into a cotton pest that was difficult to find in the field during the drought.

It got Dean thinking about different ways of tracking pest species without having to actually spot them. The project will start with two species— whitefly and reniform nematode—in a proof-of-concept study.

If successful, the highly-sensitive technology could one day also be used as a surveillance method to help contain biosecurity incursions before they can devastate the industry 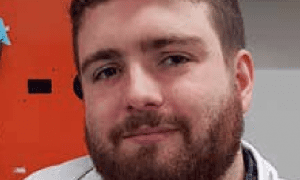 Lewis Collins is working to help farmers reduce their crop losses due to distance, with an innovative device that can detect fungal diseases in the air.

As part of his Science and Innovation Award project Lewis is building a sampling instrument that can be placed on drones and tractors or in the field.

The devices are able to detect airborne fungal diseases before plants are infected, allowing farmers to protect their crops more effectively.

“The beauty of what we’ve done is we’ve designed the hardware to accept almost any airborne spore” he says.

“But the magic comes up in the software where we’re using machine-learning algorithms to actually categorise those spores.

“So as long as we have examples of the disease, we can train our network to pick up anything.”

Lewis’ background is in healthcare, biomedical engineering and mechatronics.

“I’ve always been interested in automating processes that can benefit people’s lives” he says.

“Both my parents are from farming, agricultural backgrounds and so it was just a really cool marriage of the two.”

While doing his PhD at the University of Sydney, Lewis and his supervisors decided they wanted to find a way to detect diseases in the air.

“We have no idea where and how airborne diseases move” he says.

“This is a problem both in agricultural crops but also in hospitals.”

While the project was initially designed to target wheat rust, Lewis hopes to apply the technology to other grain crops including barley and oats. And he can’t get there fast enough.

“We just got accepted into Blackbird’s Startmate program, which is probably the biggest startup incubator in Australia” Lewis says.

“We’re trying to bring this technology out of the lab and out of academia into commercial, real-world use.”