FARMLAB chief executive officer Sam Duncan began his pitch at the evokeAG conference in Melbourne with a smile and a simple message – we make soil testing easy.

As one of several young agtech entrepreneurs seeking support in the conference’s Pitch Tent, Mr Duncan is vying for a share in a $35,000 funding prize pool.

But more than that he was seeking investment to support his global expansion plans to put farmers’ soil back into their hands by breaking down the barriers to undertake and maximise the value in soil testing.

Mr Duncan told judges and the evokeAG delegates that the current soil testing system was “crap”, but FarmLab app could give farmers a clear indication of what was happening in their soil over the long-term and provide soil maps of farms that became assets in themselves. 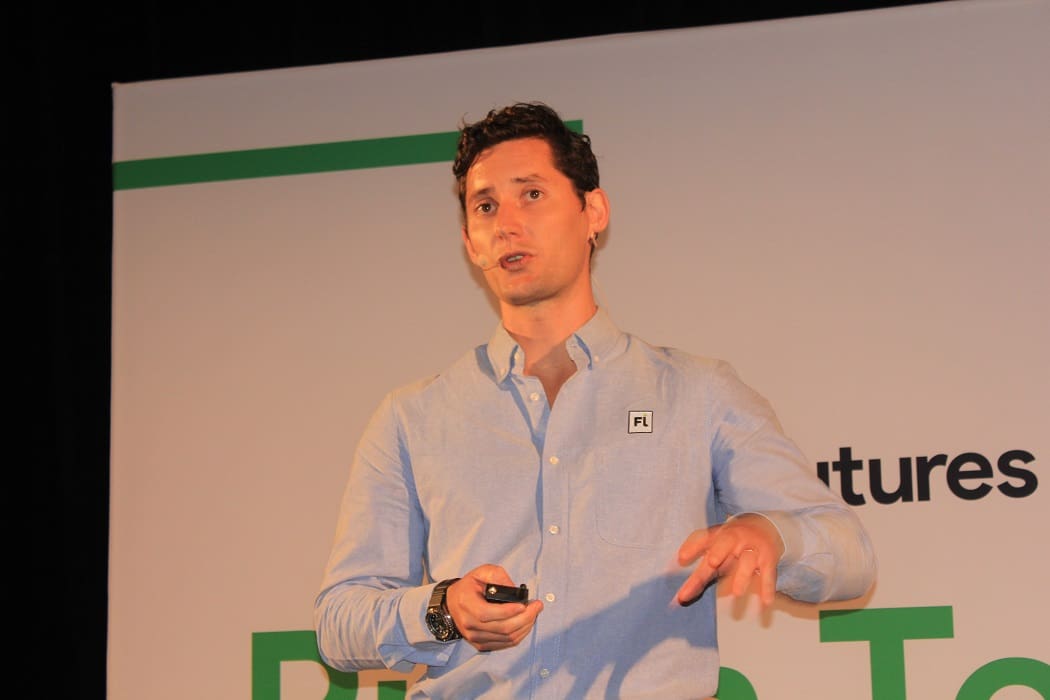 “That’s where we want to get to. We do want to be with farmers, but we know the channel to do that initially is through agronomists.”

He said the current soil-testing system was an old paper-based and expensive system that took time.

“Worst of all the data is really poorly digitised,” he said.

“If there is anyone here who has done it you will get the results back in CSV or PDF format and it is pretty hard to track the trends and manage them over time.”

Mr Duncan co-founded Farmlab with Shahriar Jamshidi as a simple mobile application for farmers and agronomists to order a soil test from a partner laboratory, arrange collection and testing parameters, and receive and interpret the results.

“All of that data goes straight through to the platform and then we help them interpret it, turning those spreadsheets that we used to get into lovely digital soil maps for agronomists and farmers to better interpret and better manage their soil over the long-term,” he said.

“This means we can track trends and improve the overall fertility of soil across the farm and across Australia.”

Mr Duncan said the majority of soil testing across Australia was conducted by agronomists and agribusinesses.

“Those are the guys we want to talk to today about getting our platform into their hands.”

A web app will be launched in a few months with features to improve the efficiency of soil sampling and digital soil mapping.

Mr Duncan said a 10 per cent administration fee was charged for every soil test that went through the platform.

“Keeping in mind we get wholesale prices through our labs, they are often about 20pc cheaper than what the consumer would pay the lab directly. So we are still saving our customers money,” he said.

“In about October we will be integrating with some sensor companies to gather more data on soil and March next year we plan to go global.”

The company has started shipping soil sampling bags – 20 last month – set to generate about $6000 in revenue.

The business has been supported by about $625,000 in grant funding for projects with partners that include the University of Sydney.

Although most soil testing is done by agronomists on behalf of farmers, Mr Duncan believes FarmLab can add value for farmers by storing data and privatising it within their accounts and databases.

“I want to get the market right — If we can get this live, working in Australia, we’ve already got it running in a very hostile environment, I think overseas will be really easy, compared to Australia.”