24 billion reasons to end the #datadrought

UNLOCKING the full potential of ‘digital agriculture’ could increase the value of agricultural production by $20.3 billion, helping to achieve the industry’s goal of $100 billion in farm gate output by 2030. 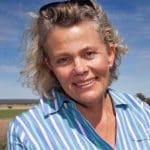 The finding has emerged from the Precision to Decision (P2D) Project, a collaboration between 15 Rural Research and Development Corporations, universities, industry and agribusiness looking at the potential for digital technology across the farm sector.

Ms Simson said farm production was, on average, on an upward trajectory.

Ms Simson said the opportunities for new technologies, such as artificial intelligence and the application of big data are a long way from being realised.

“The largest barrier to realising the benefits of these technologies has been poor internet connectivity,” she said.

“Farmers have been frustrated for some time by a lack of connectivity which has hampered technology uptake.”

The report identified additional barriers to uptake, including: a lack of confidence in returns from investment in digital agriculture; poor knowledge and support to assess options; and trust and legal issues with data ownership.

“For many, investment in infrastructure in rural, regional and remote areas, where a huge amount of our agricultural production takes place, has been perceived as lacking a return on investment,” Ms Simson said.

“However, this report demonstrates that there is a return on investment from connectivity infrastructure.”

Specifically, the findings detail that agriculture alone can expect a 30 per cent increase in value and deliver an overall increase of $24.6 billion to the national gross domestic product (a 1.5pc increase on 2014-15 levels).

“When you consider the already significant contribution the sector makes to the Australian economy, this finding is incredible.

“It gives the Government 24 billion reasons to focus on finding solutions to the data drought, so the farm sector can reach its potential.”