A big week in grain harvest

Harvest summaries from around Australia this week show another 4.2 million tonnes were received by major bulk handlers last week.

Here’s a wrap-up of what’s happening across the country: 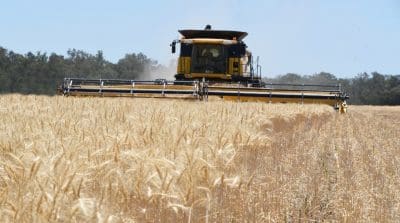 Bulk handler GrainCorp has received 1.5 million tonnes of grain in the week to November 21 to lift its receivals in Queensland, NSW and Victoria combined to 2.8 million tonnes.

In Central Queensland, harvest is winding down, and the bulk of activity in Southern Queensland has moved to the central and southern Downs.

In NSW, plains crops in the northern half of the state are providing much of the state’s intake.

Queensland and NSW receivals to November 21 each totalled 1.3 million tonnes, following an intake of 480,300 tonnes in Queensland, and 963,100 tonnes in NSW.

Harvest has also ramped up in Victoria, where 99,700 tonnes was received in the past week to lift the state’s total to 126,700 tonnes.

In the Western region, receivals have now passed one million tonnes, following the delivery of 461,000 tonnes in the week to Sunday.

On the Eyre Peninsula, Lock set a new daily receival record of 7,200 tonnes on Saturday, and Rudall did the same on Sunday when it took in 8,300 tonnes. Thevenard also finished loading its third vessel of new-season grain last week.

In the Central region, receivals totalled 210,629 tonnes, to lift harvest intake to date to 331,802 tonnes, and Viterra’s Wallaroo port loaded a vessel of old-crop grain to make room for this season’s receivals.

Wet weather has delayed the start of harvest proper in the Eastern region, where the week’s receivals of 26,120 tonnes lifted harvest intake to 34,559 tonnes, and more sites have now opened.

Harvest of barley and canola is nearing completion in the Geraldton and Kwinana zones, and is in full swing in the southern Albany and Esperance zones, where the harvest of wheat has now started.