“Many growers started the season with soil profiles that were high in nitrogen, after years of drought, low yielding crops and low cropping frequencies,” he said.

“When we reviewed nitrogen levels from soil tests taken in the northern grains region prior to the start of the season, many had good nitrogen levels in the subsoil and this may mean that no further action is required. 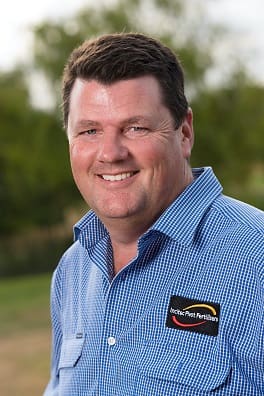 “In other cases, where growers have double cropped cereals after harvesting summer crops, for example, or had a reasonable winter harvest last year, additional nitrogen may be warranted.”

Mr O’Mara said it was important to consider the fate and position of existing soil nitrogen and what might have changed since the last soil test.

“If paddocks are now sitting on a higher yield potential than pre-plant nitrogen budgets accounted for, an in-crop nitrogen application may be needed,” he said.

“Growers have a good chance now to adapt their in-season response to suit the conditions and set up for a bumper 2021 winter crop harvest.”

Mr O’Mara encouraged growers to discuss in-crop nitrogen opportunities with their agronomist and use recent soil test results and nitrogen budgets to ensure the best results from any application.

“If paddocks are trafficable, the best way to determine the quantity and position of nitrogen available to crops is to use in-crop deep N testing,” he said.

“Agronomists can also review recent soil test results if they are available.”

If extra nitrogen is required to meet crop yield targets, he said it was generally better applied earlier rather than later to ensure ample nitrogen is present in the root zone when it is needed.

However, he urged growers not to apply nitrogen to wet or waterlogged soils, as uptake is likely to be limited in these situations and the applied nitrogen is also at risk of gaseous losses to the atmosphere.

“Nitrogen fertiliser should only be applied to aerated soils where a crust exists, with an active aerated root zone for the nitrogen to move into,” he explained.

“Keep your hands in your pockets and your keys out of the tractor until drier soil conditions return!”

In-crop nitrogen can be applied from tillering until flag leaf emergence to boost crop yields.

If seasonal conditions continue to be favourable, growers can also consider later incremental applications of nitrogen to increase grain protein.

While most growers broadcast urea using spreaders, Mr O’Mara said it could also be mid row banded with sowing equipment if necessary. Another option is to use a liquid nitrogen fertiliser and apply it with the boomspray, for a quick and efficient nitrogen application with minimal labour.

EASY N liquid nitrogen can be applied to the soil using streaming nozzles or at lower rates as a foliar spray.

It contains 42.5 per cent nitrogen (w/v), with half of this in nitrate and ammonium forms, making it less prone to volatilisation.

“The safest applications are those made to dry clay soils, in non-humid conditions, with no wind and sufficient rainfall to move the urea into the soil within a few days,” he said.

“Volatilisation losses can be higher when temperatures are higher and rainfall is not received as predicted. Green Urea NV TM is worth considering as an alternative to urea in later season applications.

“Green Urea NV contains a urease inhibitor which allows more time for the fertiliser to be safely incorporated into the soil by rain or irrigation, where it can be used by the crop.”