A SEEMINGLY constant refrain from industry leaders and politicians is that we need to work smarter and be more productive. 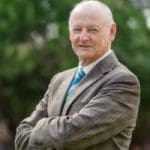 Growth in output is not coming from any marked expansion in the area of farming or large new irrigation projects or large increases in the use of farm inputs (i.e. intensification).

Rather the increased output is coming from scientists and farmers being very clever in making agricultural inputs and farming systems much more productive, extracting more output from each unit of input. This USDA chart shows that the global increase in output since the late 1980s is mostly attributable to an increase in productivity.

The remarkable growth in productivity is allowing the world to more easily feed itself, without consuming ever increasing tracts of land for food production.

China’s agricultural production, for example, has increased more than eight-fold between 1961 and 2013, and about half of this growth is due to productivity gain.

The USDA analyses show that agricultural output has been growing fastest in lower- and middle-income countries, where food demand is also growing rapidly.

In low income countries agricultural growth is primarily driven by greater use of farm inputs.

By contrast in high income countries like Australia, where population and food demand is growing relatively slowly, growth in output is mostly through productivity gain.

In Australia, this productivity growth has allowed some land, labour and other resources to actually be withdrawn from agriculture for other uses, while still meeting domestic food demand and creating valuable exportable surpluses.

The Australian Export Grains Innovation Centre (AEGIC) recently pointed out that Ukraine and Russia now pose important competitive challenges to Australian grain exports due to the marked increases in their grain production and export prowess.

In spite of Australia commendably lifting its agricultural productivity, especially in the most recent period 2004 to 2013, there are other competitor nations such as those in the Black Sea region that continue to outstrip the productivity growth of Australia.

Hence, the competitive challenges facing Australian agriculture will continue; even in a world that currently now more easily feeds itself.