THE digital revolution appears, at last, to be gaining momentum in Australian agriculture as the market shows signs of movement in the uptake of digital technologies.

While the surge in the availability of digital technologies in recent years has sparked unprecedented interest and inquiry throughout the agricultural sector, that interest has been slow to translate into substantial levels of uptake.

But, speaking at today’s AgTeCH17 in Emerald, Queensland, DataFarming managing director, Tim Neale, said agriculture appeared to be at a tipping point in digital adoption as the digital industry came to grips with what farmers and their advisers really needed and increasing numbers of growers built the technology into their businesses. 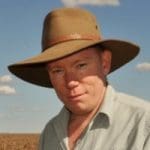 “The digitalisation of agriculture and how it’s impacting on agronomy and day-to-day farming is changing,” he said.

“There is definitely a positive shift in the uptake by agronomists. We are starting to see it turn around. It has gone from “No, I’m not really interested, but my farmers are making me do it” to “We can see some value in this. We need to upskill and come up to speed with what is going on”.

“So, if we can offer a good, solid product we will get demand.”

Mr Neale said a sticking point for many operators had been trying to identify where the return from the investment would come from.

“I spend a lot of time with agronomy firms. They are all struggling to see how they make money out of it. But that is just one of those things they have to think about and work out where it fits in their business,” he said.

Mr Neale said for the adoption rate in the agricultural sector to increase from current levels of around 5 per cent, the digital industry needed to take an approach that overcame the barriers to adoption:

With that in mind, Mr Neale said his company had just launched a free satellite imagery service to farmers and agronomists to give them a simple, user-friendly entry point.

“We are trying to make it so simple that people will just do it. Our imagery product is like that. You just draw your boundary, click on it and it tells you what imagery is available. You just hit the download and it is there in real time,” he said.

“The uptake has been fantastic. There are people ‘sitting on the fence’, but giving them some experiential use of it will give it momentum.

“It has become extremely clear to me where the industry has failed. We have been trying to sting people for a few dollars a hectare up front to get into precision agriculture.

“But if you are someone who doesn’t know what the value of it is, you are not going to invest time and money in it.”

“It is not the best you can buy, but it is pretty good for broadacre farming. They can use it for crop checking, in-crop variable rate nitrogen application, variable rate seeding for the next year and where to soil test,” he said.

“We are targeting agronomists. Agronomists are making most of the decisions now. They already have a trusted relationship with the farmers. We are still working with growers, but it is more about supporting the people who support the growers.”

Mr Neale said another step the digital industry could take to better relate to the farming community would be to ditch the term ‘Big Data’ and, instead, coin a new catch phrase ‘Small Data’.

“The term Big Data spooks people a bit. You need Small Data to make Big Data. We have to focus on data that is paddock relevant. Too often Big Data is beyond relevance for agriculture and the management of a farm. A farmer would get value out of a focus on Small Data,” he said.

“There is still a big chasm between the reality of every-day farming and the hype that is going around about ag tech at the moment. People don’t want to hear it, but the reality is the average farmer is struggling to keep up. We are trying to bring it down to common-user level.”