An Aussie farming in China Troy Ziesemer in a crop of maize on AustAsia’s dairy farm in Inner Mongolia.

When a six-foot tall Aussie graingrower with a big laugh and mile-wide grin moves into a small village in China, it doesn’t go unnoticed.

Months after Troy Ziesemer arrived in a rural town in Shandong Province to help a nearby farming operation, he was still being approached by locals asking to have “selfies” taken with him.

It is just one of the many ways in which the last three years have been an extraordinary and eye-opening experience for the Southern Queensland farmer.

Troy travelled to China in 2014 at the invitation of AustAsia Pty Limited, a large dairy company which milks about 65,000 cows on several modern farms on the Yellow River delta south of Beijing, and also further north in Inner Mongolia.

AustAsia relies on bought-in rations to feed its cows, and was eager to make more effective use of the farmland surrounding its dairies to grow better crops and produce more of its own silage.

The land has been used for eons by local farmers to double-crop maize and wheat, each working an area about the size of an Australian suburban house block.

Troy’s job was to bring local farming methods up to speed with about 50 years of farming innovation and practice change in just a few short years. A typical Chinese tractor and planter unit in use on the Yellow River delta.

On the Yellow River delta where Troy spends most of his time, most farmers still use a ‘slash and burn, rotary hoe and plant’ cycle from crop to crop, using 1960s style farming equipment.

Rapid change is rarely easy, even when different languages, different rules and different cultures are not involved.

Throw in an outsider urging local farmers and authorities to depart from deep-seated farming techniques and adopt new and seemingly-strange ideas, and the complexity of the task is only amplified.

Looking back on the past three years, Troy says the challenge has proven more difficult than he initially imagined.

“When I came over here, they all thought I was crazy, even my staff,’ he said.

Troy concedes there were times when the level of resistance he encountered made him question whether he really was on the right track.

However, the benefits of the changes he has introduced are now clearly being demonstrated in improved plant establishment, better weed management and higher yielding crops.

A very handy forage sorghum crop, which is soon to be chopped for silage for AustAsia’s dairies, stands as testament to what has been achieved in the past three years. 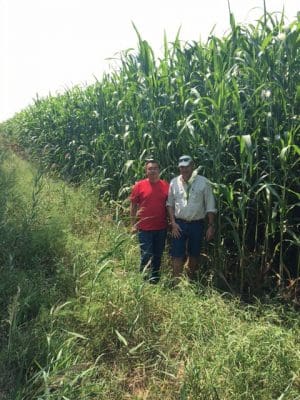 The 1215 hectares (3000 acres) of farmland Troy oversees on the Yellow River flood plain lie within several kilometres of the Yellow Sea coast.

The soil is finely-textured river silt, largely devoid of structure after years of constant tillage. Large areas are affected by salinity.

Average rainfall is about 550mm (22 inches) a year, which falls mainly during China’s primary crop-growing period from June to August (China’s summer).

The Chinese Government grants some irrigation water from the Yellow River on a very limited basis each year, but the cropping is for all intents and purposes dryland farming reliant on rainfall.

The biggest machines available to Troy when he arrived were four-row planters pulled by 30 horsepower tractors.

After planting his first crops in China with existing machinery, operated by a staff of local farmers and contract workers, Troy spent most of the first year finding suitable modern machinery to introduce a no-till cropping regime. 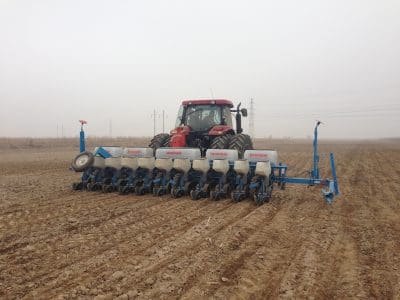 With a lack of local support services for modern machinery, forward planning for parts has been critical.

“A lot of the gear we needed was not available in China,” Troy explained.

“We bought the tractors through Case in China, which they brought in from England.

“And there are not a lot of parts available in China for this imported equipment, so you have to think 12 months ahead, and buy all your wearing parts and have them sitting on the shelf.

“Otherwise it can be a three or four month wait to get what you need in from overseas.” 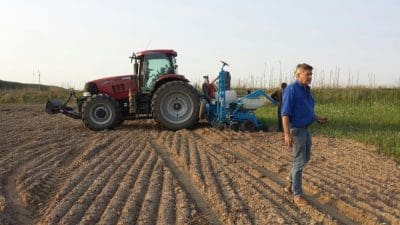 An important issue for the operation surrounds its relationship with local authorities and villagers.

The 1215ha of farmland AustAsia rents on the Yellow River delta is interspersed with small villages. The company pays the Chinese Government a substantial annual fee to rent the land, but must continue to appease local authorities and villagers in terms of how the land is used and farmed.

Tied in with this, many local villagers still feel they own the crops produced on the land and are entitled to help themselves to the corn grown in the company’s crops.

This has become such an issue the operation no longer grows maize on its Yellow River farms.

In the past two years it has switched to growing forage sorghum, which produces quality silage for the cow ration and is better able to handle salinity. It also helps to avoid the problem of corn cob theft.

Insect pressure primarily comes in the form of cutworms, which are managed with a preventative spray at seeding. 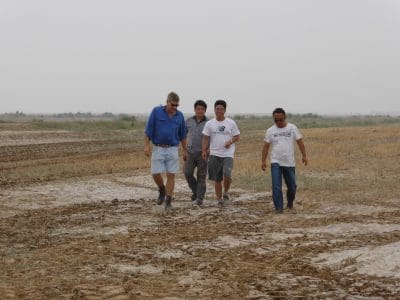 Troy with some of his team in land affected by salinity.

The Yellow River farms also grow a winter dormant wheat crop in the rotation to harvest and sell as seed, while the northern farms grow maize, forage sorghum and some oats which is cut for dry hay.

The only tillage now used is sub-soil ripping in some areas after each harvest, to reduce the effects of compaction caused by the high volume of traffic on fields during silage production.

Troy estimates that crop production is about 20 percent higher so far under the new regime, achieved through the use of imported seed varieties, better weed management and more successful plant establishment techniques with the help of precision planters.

“I think that will increase,” he said.

“Smaller farmers here are still relatively set in their ways in terms of what they do here.

“Some of the bigger operations are changing and are seeing benefits in using conservative tillage. It is changing, but very slowly.”

Troy said that for the first six months in China his “head was spinning”.

“I think I was trying to expect too much too quickly. I realised I had to lower my expectations and slow down a bit.

“Dealing with different ideas from the Government and villagers over how we do things, and just trying to get things done quickly, was difficult.

“When everyone else is saying you’re wrong, a little bit of self doubt creeps in and you have to keep convincing yourself that you are right.

“I used to have to sit down and think to myself, I am right here in what I am doing and keep ploughing forward.

“But looking back, we have proven it does work and we have a fantastic forage sorghum crop to show for it this year.” 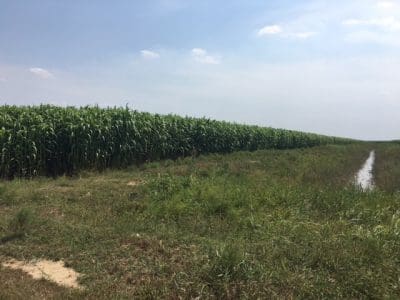 A land of contrasts

The language barrier has been another hurdle, but Troy has been fortunate to have the help of a full-time local translator named Gabriel. 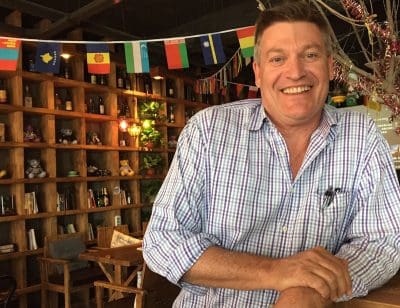 One story he recounts from an early conversation with Gabriel highlights the extraordinary contrasts that exist in modern-day China.

“We were driving around one day and there was a wheat harvest going on,” Troy explained.

“They had these old, basic headers that they were bagging wheat out of, and Gabriel asked me: ‘do you have them in Australia?’”

“I said, yes we do, but we had those types of headers 50 years ago or more.

“He was a bit shocked.

“And he turned around to me and he said, ‘do you have them in Australia?’

“There are some ways they are behind us, but there are many ways they’re well in front of us.”