RAIN across most grain-growing regions of Western Australia during August has probably been too little, too late for struggling winter crops in the north and east where the growing season has been exceptionally dry.

But, according to the latest Grain Industry Association of WA (GIWA) crop report, due to the lateness of the season and variable crop growth from the patchy start, it is too early to tell whether the recent falls will have a significant impact on final tonnages.

GIWA Oilseeds Council chair, Michael Lamond, said the August rains had created pluses and minuses for WA, redeeming some crops in the north and east and making it too wet for others in the south.

“There has been rain in the north and east, but that is not going to really significantly impact on yields. They have had it tough there. But where they possibly weren’t going to get a crop to harvest, they will now get some seed back and maybe deliver a little bit of grain,” he said.

“It is ticking along quite well in the other areas. But some of the southern areas have got quite wet.

“It is a neutral situation at the moment, but looking better all the time. Because of the lateness of the crops we need a good spring.”

Mr Lamond said the early wheat ran up when it was dry in May/June and didn’t tiller very well, but a lot of those crops had re-tillered.

“There is a question mark over what the contribution of those later tillers will be to crop yield. It is possibly not going to have a big impact unless the spring is good,” he said.

The GIWA report says barley grain yield potential is now looking better than wheat because of the early wheat “running up” during the dry period and not having the same density as barley. 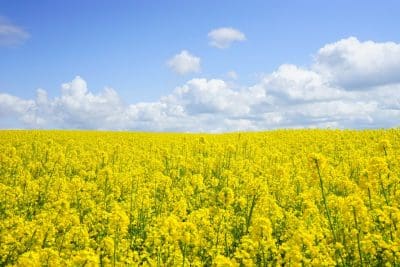 Canola and lupin crops are being sprayed out for weed control where grain yield potential is too low to continue within the northern and eastern regions of the state.

Grain quality concerns are emerging with crops being late for this time of the year. Wheat and barley could be low in weight and protein as fertiliser has been modest and top up applications have been late.

Grain yield potential has improved in the Lakes region, and the Esperance zone is still on track for at least above average grain yields.

The WA Department of Primary Industries and Regional Development reports that projections from climate models from September to November are indicating below median seasonal rainfall, though the probabilities are not strong.

It appears most likely outcomes will be near-normal or drier rainfall, and models are not indicating the likelihood of a wetter than normal spring for southern WA.