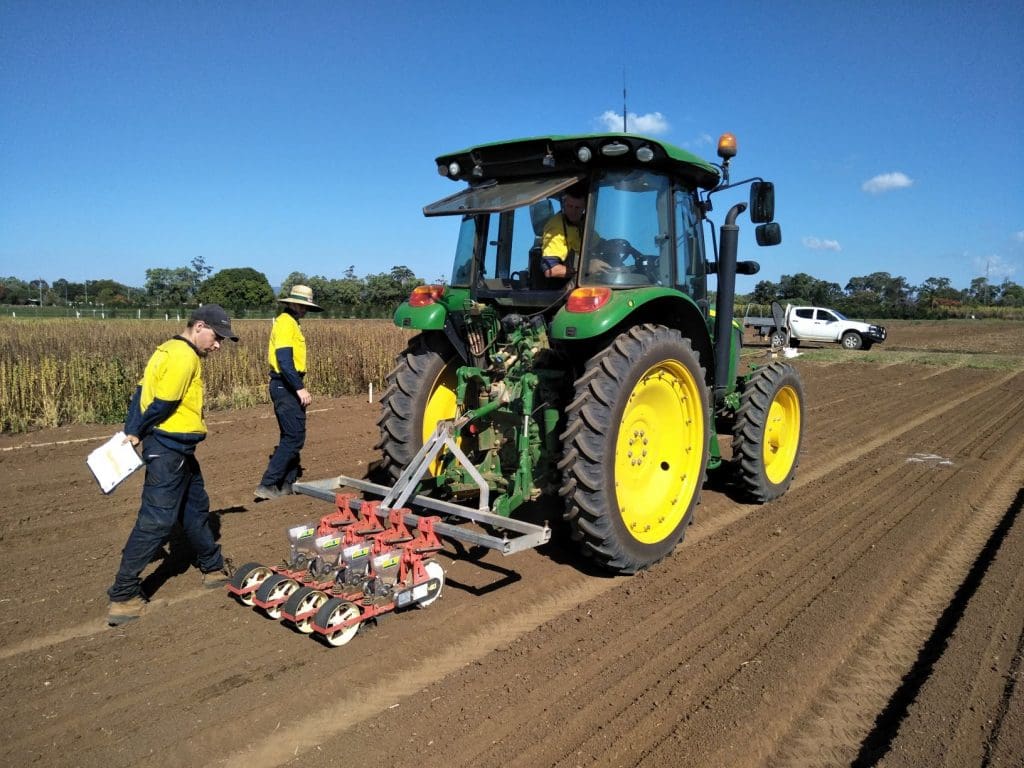 Sesame trial being planted at Walkamin west of Cairns in Far North Queensland.

NORTHERN Australia is being targeted as a potential growing region for sesame production, offering farmers a new crop opportunity to capitalise on increased global demand for sesame seed and sesame oil.

Some of the new imported varieties are in early stages of evaluation but showing significant yield improvement and increased gross margin returns for growers.

“The value of these combined sesame products imported into Australia was in excess of $26.5 million in 2016 and demand has only been increasing.”

“Australia is well positioned to take advantage of new, high-quality shatterproof white and black sesame varieties. By partnering with global companies Equinom and AgriVentis Technologies we hope to advance the time from research to large-scale production.

“With the right management practices, we can take advantage of high-yielding, non-shattering seed technology to capture market share and develop a profitable and market ready Australian sesame industry.” “There is a big global market for sesame with the top importers being China, Japan and South Korea. These markets are discerning and looking for high-quality whole seed and oil,” Mr Matchett said.

“While it’s only an emerging industry for Australia, two million tonnes of sesame are traded globally each year.”

Mr Matchett said the northern regions of Australia were prime candidates for sesame production as it was a heat and drought tolerant crop.

He said there were also opportunities for sesame in northern New South Wales and southern and central Queensland where it could be grown as a summer crop and tap into existing farming systems and infrastructure.

Due to ongoing drought conditions the project’s sesame agronomy trials were planted under irrigation in four locations across Queensland and Western Australia between December 2019 and February 2020.