AUSTRALIA’s record 13.4-million-tonne barley crop last season has set the nation up to become the largest exporter of barley in 2016/17, supplanting the EU and supplying a quarter of the world’s demand, according to the latest grain report from the United States Department of Agriculture (USDA). 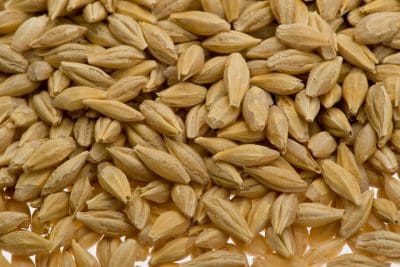 Australia is set to become the world’s largest barley exporter for 2016/17.

But Australia’s surge in barley production, combined with a record 2016/17 world corn crop, has contributed to holding barley prices at depressed levels.

The USDA report says compared with January 2016, Australian barley prices have been nearly $30/tonne lower year-over-year, a factor that is expected to boost Australian exports to key markets such as China.

The report says the implementation of the China Australia Free Trade Agreement in January last year has provided Australia with a competitive advantage with the removal of the import duty for barley.

For the first two months of 2017, China’s imports of Australian barley more than tripled compared to the same period the previous year, according to Chinese customs data.

As a result of Australia’s competitive prices, other major exporters such as the European Union (EU) and the Ukraine have felt downward price pressure since the beginning of 2016.

Despite slightly lower production, EU prices are lower, and 2016/17 exports are forecast to be the second-largest behind Australia.

For Ukraine, prices averaged $137/t in January, decreasing over $20/t year-over-year as a larger domestic crop has also pressured prices.

On the wheat market, the USDA report says US ending stocks are projected to reach a near 30-year high at 1159 million bushels.

At a global level, USDA estimates of global consumption for 2016/17 have been lowered in the past month 0.6 million tonnes to 740.8MT with a 1.0Mt decrease in the US, more than offsetting a small net increase for other countries.

With supplies rising and use declining, global ending stocks are estimated to be 252.3Mt.

With coarse grains, this month’s 2016/17 US corn outlook is for increased corn used to produce ethanol, reduced feed and residual use and unchanged ending stocks.

Global oilseed production estimates have been raised 5.4Mt to 563.4Mt, mainly on a combined 5Mt increase in soybean production for Brazil, Paraguay, Uruguay, and Argentina.

As a result, forecasted global soybean exports have been lifted 2.2Mt to 143.3Mt.