AS part of a global effort to preserve and protect vital stocks of agricultural plant seeds, Australia is about to send a consignment of crop and pasture seeds for storage in the so-called ‘doomsday’ vault at Svalbard in Norway. 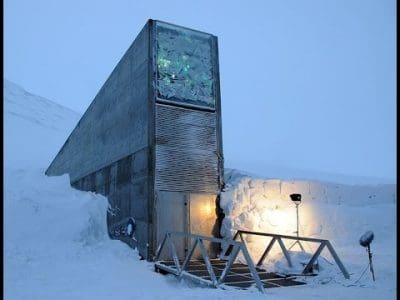 A consignment of 9000 crop seeds and 25,000 pasture seeds is to be sent from Australia to the Svalbard Global Seed Vault which holds the world’s seed collection deep inside a mountain in Norway.

The Svalbard vault, which is built 120 metres into the side of a mountain above the Arctic Circle and currently contains 890,000 samples, is a natural freezer designed to preserve the world’s collection of seeds and protect them from global catastrophe.

Australian chief plant protection officer, Dr Kim Ritman, said the consignment was not the full collection from both genebanks, but it added to 10,000 accessions that were taken over in 2014 as part of Australia’s first deposit into the vault.

Dr Ritman said the transfer of seeds from Australia’s seed vaults to Norway would provide additional protection to a number of significant seed varieties that represented Australia’s pasture and grain crop history. 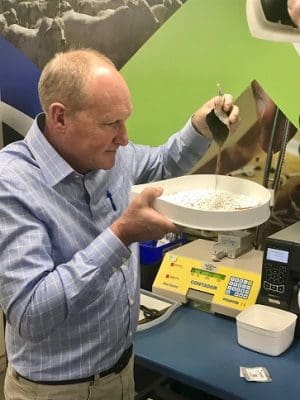 “While Australian collections feature a variety of unique and valuable seed stocks, the vault in Norway acts as a back-up to ensure future generations enjoy the best possible chance of overcoming the potential for natural or man-made disasters that may arise through challenges like climate change, population growth and even war.

“While more than 1700 genebanks exist across the world, few are capable of withstanding natural catastrophes or war—or even something as mundane as a freezer malfunction that could cause irreversible losses.”

Dr Ritman said seeds selected for transfer to the global vault included strains of cotton, chickpea, lentil, sesame, sorghum, wheat, barley, canola, tropical and temperate pasture legumes and grasses and Australian native species that were considered of actual or historical significance to Australia, and didn’t yet feature in the Svalbard collection.

The Australian Grains Genebank, which was opened in 2014, has the capacity to hold 200,000 packets of seeds and more than 200 different crop species. In 2017 the collection held about 138,016 different accessions.

The Australian Pastures Genebank, which is managed by the South Australian Research and Development Institute (SARDI), has 89,000 accessions of pasture that have been collected from around the world. 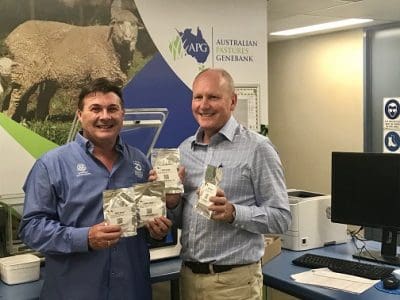 “Some are unique. You would never get into those countries again. Australians are quite intrepid in the way they have gone around and collected the material. There is a lot of ‘wild relative’ material, plus Australian natives,” Dr Ritman said.

“The genebanks underpin our agricultural productivity growth because they are stores of unique seeds we can use in breeding and pre-breeding programs to improve the productivity of our agriculture. But it also preserves the seed for future generations.

“So, it benefits society in two ways. One is the immediate agricultural productivity growth and the prosperity of farmers, and the second is for future generations because we don’t know what is coming down the line in an uncertain world.”