AUSTRALIAN growers supplying barley to craft malt producers are helping to displace a portion of the country’s malt imports as the Australian beer market follows a global shift away from mainstream brews. 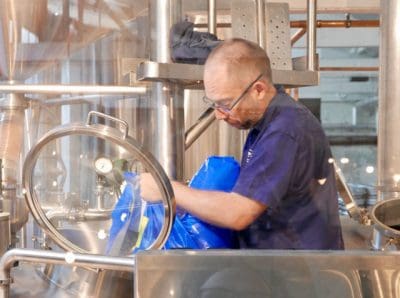 In Australia, companies like Voyager Malt and Provenance Malt are already connecting growers with brewers who are looking for flavoursome malts to accommodate what FogHorn Brewhouse chief brewing officer, Shawn Sherlock, said was a “palate shift” in Australian consumers.

“In the craft sector, it’s only in recent times that we’ve dealt with maltsters or malt companies — before that is was all through wholesalers.”

Mr Sherlock is trialling a single-origin Australian malt through Provenance, and has also sourced from Gladfield Malt, a New Zealand company which he said could well be the model for Australian companies.

“The grain industry in general is starting to wake up and look at how they can work with craft brewers.”

The founder of Provenance Flour & Malt, John Campbell, has been connecting wheat and barley growers with end-users since 2014.

He said while Australia’s two big malt producers, Cargill’s Joe White Maltings and GrainCorp’s Barrett Burston, were using their trading and storage capabilities to ably supply export customers and mainstream brewers, some growers were looking for a different experience when it came to the marketing of their malting barley.

“The reward can be there for them financially, and in the recognition for the work they do in improving their soil health, and using their abilities to produce a single-variety malting line,” Mr Campbell said.

“Does what we’re doing have export opportunities? I do think there’s potential in the future, but let’s build the demand and profile domestically first.”

Coopers and the big boys

In Adelaide, a $60 million investment from Coopers has already shown that brewers are looking to have a closer association with their malt input.

Due to open in October, the Coopers plant will produce about 54,000 tonnes of malt per year; Coopers will use approximately 17,000t at its brewery next door, and expects to sell the balance to domestic brewers and export customers.

Barrett Burston and Cargill already have a large footprint in the craft brewing market.

Barrett Burston sells its own specialty and base malts plus imported lines into the craft market through wholesaler Cryermalt, and Bintani, as a distributor and strategic partner, performs a similar function for Joe White.

“The Australian market for specialty malts continues to increase and we are working closely with our partners to develop specialty types of malt to suit their customers’ needs.”

“Beer demand in mature markets continues to soften and we’ve seen that over the past several years, with the slower growth in developing markets,” Mr Palmquist said in his address.

“We look for continued growth in our North American craft beer, but at a slower rate that we think is really (more) sustainable than where it’s at now.

“The global shift in beer production from larger brewers to smaller brewers continues, most notably in North America, where we’re even seeing craft brewers continue to increase but (be) smaller in size, and with more on-site type of consumption.

“The outlook for malt for 2016-17 shows good strong demand for specialty products, most notably on the craft beer side.”

Coopers has said it will look to establish strong relationships with South Australian barley growers who wish to supply its malting plant.

South Australia’s coastal farming regions, namely the Eyre and Yorke peninsulas, are recognised as producing some of the best malting barley in the world.

Some other regions of the Australian grainbelt can produce bright and low-moisture grain of comparable quality.

They include the Esperance and Albany zones in Western Australia, pockets of NSW like the outer slopes of the Riverina, where Voyager Malt is based, and Victoria’s Wimmera.

The Wimmera is home to farmer Andrew Weidemann who, as a long-time supplier to Barrett Burston, took part in a 2013 marketing campaign for Carlton United Breweries’ premium beer, Crown Lager, which showed that mainstream brewers had also recognised the attraction to the consumer of farm origination.

Provenance’s John Campbell said not all growers had the soil types, climate and management practices needed to deliver premium malting barley to a discerning domestic malt market, but those that did were well placed to form a relationship with a malt house.

“The niche is becoming more mainstream. In the US, they are chasing malt characteristics. Hops have been first cab off the rank for styles and flavours, and malt is next.”

Like many of his craft-brewing peers, Shawn Sherlock uses nearly all imported malts at FogHorn’s Newcastle and Erina breweries.

Some are made from prized barley varieties like Maris Otter which are not grown in Australia.

“I’m only using imported malts because they give me the flavour I’m after.”

FogHorn uses about two tonnes of malt per month at its Newcastle brewery.

“I started brewing commercially in Australia in 2006; in a relatively short time, the sector has grown massively.”

In some of its beers, Foghorn uses malted and flaked Australian wheat sourced from South Australia’s Blue Lake Milling, now part of CBH Group, and from Cryermalt, as well as some Australian rye and oats.

Mr Sherlock, the 2012 Australian Brewer of the Year, said the composition of craft beer made it a different beast to the mainstream lines because it did not include simple sugars like fructose and sucrose which were cheaper by weight to brew than malt.

“That means good numbers for the brewery because those sugars ferment 100 per cent, but they don’t create the flavour you get in all malt beer.”

Mr Sherlock said the craft market was based on getting people to “trade up” for that flavour.

“Strangely enough, a lot of it is taking us back to the days before beer was industrialised.  Beers like India Pale Ales are leading the charge, and they’re the ones we were drinking in the 19th century.”

Annual malt production: About 900,000t of malt from one million tonnes of barley.

ABS beer data: Australia’s per capita beer consumption fell 14pc to 92 litres from 108 litres in the six years to June 2014.