AUSTRALIAN Grain Growers’ Co-operative (AGGC) is preparing to cease trading voluntarily at the end of this month, despite being in a state of solvency. 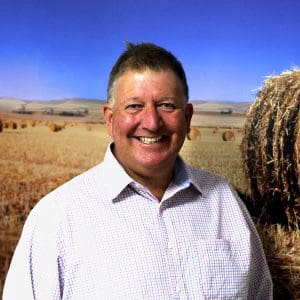 Based in South Australia, the grower-owned and operated organisation was formed in 2010 in response to grower demand for transparent, cost-effective grain marketing services in the wake of deregulation.

This marked a massive change for growers in South and Western Australia in particular, where AWB on wheat, and state-based marketing boards on barley, held single-desk export rights for growing regions with small domestic markets.

Since its formation, AGGC has served more than 2000 Australian growers and 500 members, and chair Richard Konzag said the board recognised that changes in market conditions and structure, coupled with declining membership, made now the time to cease trading.

“The business served great purpose, delivering on its original mandate of maturing the market, offering new structured selling programs and a range of competitive cash programs.”

The resolution to cease trading was carried unanimously by AGGC’s board, which intends to cease all operational activities by 30 June.

“This decision was made at a strategic planning meeting and was deemed appropriate as the Co-op is still solvent and can exit in a sound position,” he said.

A motion which proposes that the AGG Co-op commences a voluntary wind-up has been put to members, and needs a 75-per-cent majority vote from responding members to pass

A pack about the proposed wind-up which includes a voting form has been mailed to all members by BRI Ferrier, which the co-op has engaged to manage the process.

Some AGGC-managed programs are yet to be finalised, and will be managed through to completion by Plum Grove.

“We want growers involved in our managed programs to rest assured that their programs will run to completion.

“Security of funds in AGG-managed programs currently operating is ring-fenced and will be finalised as intended by Plum Grove under the commercial services agreement.”

The AGG Co-op wind-up is unrelated to Plum Grove’s operations, which are expected to continue as normal.

“We want to thank all our members and growers for supporting the Co-op, and while we are disappointed to be ceasing trading, we are pleased with what we’ve achieved and that we can go out solvent.”

“We would also like to thank and congratulate all current and past board members, our current CEO Bruce McDonald and staff, on their efforts over the past seven years”.