WHAT is the biggest selling alcoholic spirit on the planet? Many Westerners might answer whisky or vodka.

But the honour actually belongs to the national drink of China: Baijiu (pronounced “bye-joe” or “bye-jee-oh”), which makes up one-third of the world’s total liquor output and is worth an estimated $23 billion annually. 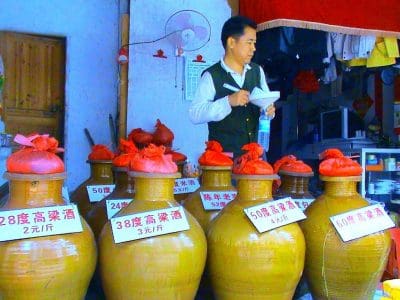 Baijiu is a distinctive white spirit (between 40-60 per cent alcohol by volume) which is distilled mainly from sorghum that has been fermented in pits or earthenware jars.

Baijiu has a history dating back centuries and is a central part of Chinese culture and tradition.

The main grain used for baijiu is sorghum, although other grains may be used.

China did not import sorghum in volume until 2013, but by 2016 China was importing up to 10 million tonnes annually for animal feed and baijiu production.

The majority of imported sorghum (8mt) was sourced from the United States, while about 1.6mt came from Australia. While mostly used for animal feed, some of this was used in baijiu.

The Australian Export Grains Innovation Centre (AEGIC), the University of Queensland (through the Queensland Alliance for Agriculture and Food Innovation (QAAFI) and its partner the Queensland Government), and the Functional Grains Centre at Charles Sturt University, are examining opportunities for increasing the value of Australian sorghum in China.

With support from Austrade China, research is being conducted in China with key baijiu manufacturers in an effort in improve Australia’s understanding of the quality attributes required for the manufacture of baijiu.

The results of this work will be extended to the Australian grains industry later this year.

Like many other spirits, baijiu is distilled from fermented grains (primarily sorghum, however other grains including wheat, rice and corn may be used in varying amounts). 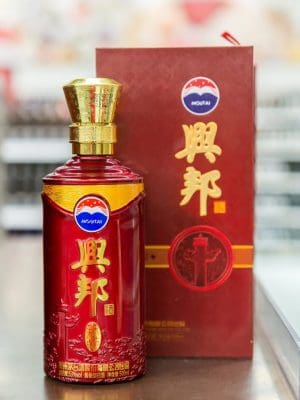 A famous brand of Chinese baijiu.

There are several baijiu production methods across China depending on the style. Baijiu production usually employs a unique style of fermentation which distinguishes it from other types of spirits.

Western-style spirits such as whisky go through several distinct steps before distillation. Grain is usually malted to extract sugars and then fermented in a separate tank using yeast, before being distilled and aged.

With traditional baijiu, a starter culture unique to the region is added to a mixture of steamed grains and water in an earthenware jar or an underground mud pit. Unlike whisky, the sugar conversion and fermentation occurs at the same time in the same container. The resulting mixture is then distilled and aged.

It is not precisely known when baijiu was invented, however it is generally accepted that it appeared during the Song Dynasty (960–1279AD).

Baijiu is known as China’s national drink and is considered by some to be beneficial to health and wellbeing.

Of the many different types, there are a few basic styles, including:

Baijiu is usually served in small glasses at room temperature, usually with food in the company of others.