LPB Dual is a mid to slow-maturing variety of awnless wheat with excellent hay and good grain quality traits.

TWO new awnless wheat varieties for release to farmers in the southern farming zone this spring will provide an option for mitigating against the risk of frost, disease or heat.

The new varieties have been bred to produce milling-grade grain, but if hit by damaging environmental factors they have the capacity to produce high quality hay.

LongReach Plant Breeders will be releasing the varieties LPB Bale and LPB Dual in coming weeks.

LPB Bale is a slow-maturing variety with APW classification for South Australia and Victoria.

LPB Dual is a mid to slow-maturing variety with AH classification for South Australia and Victoria.

Classification is being sought for Western Australia for 2022 release.

CSIRO Agriculture and Food chief research scientist Dr Greg Rebetzke said the trigger for developing the new awnless wheats came out of a Grains Research and Development Corporation western panel tour in 2016 through Lake Grace in Western Australia “where some big, showy crops had just been smashed by frost”. 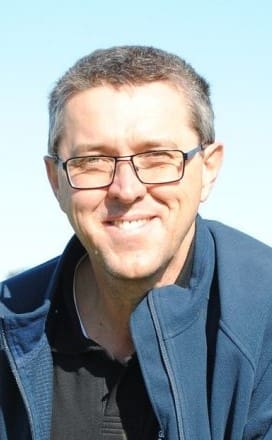 Dr Rebetzke said growers at the time had few options in the aftermath of the frost, prompting researchers to look into the potential for developing awnless wheats that produced high quality grain, but could be turned into valuable fodder for livestock if they failed as a grain crop.

“The problem with awned wheat is that dry awns, unless they are treated carefully, can injure animals. Awnless wheats have the capacity for grazing, or for baling for hay for either domestic or export,” he said.

“But the issue is we had awnless wheats but they were early-sown wheats and largely feed quality wheats.

“So, our tack was to develop awnless wheats that could be sown as milling quality wheats so that if the season was favourable they could be harvested for grain, but if they were damaged by frost, disease or heat they could be cut for hay.”

Dr Rebetzke looked back through a range of CSIRO genetics that had used Halberd, an old awnless variety, as parent material.

“We had a number of genetic backgrounds where we were still seeing the awnless trait in modern backgrounds of the time,” he said.

“I sent breeders a heap of material and data from the managed environment facilities where I’d confirmed that awnless wheats should not have a yield penalty. There was strong interest in a wheat that could be used after frosting.”

Agrilink Agricultural Consultants’ Mick Faulkner in South Australia, who was concerned that growers had very few options around hay and feed, trialled the material.

“Some of the varieties just missed out on grain quality, but these two new varieties – LPB Bale and LPB Dual – have excellent hay quality and really good grain quality,” he said.

“LongReach saw the opportunity to get the industry going. These varieties are older genetics and are a bit behind on yield. But they hit the mark for quality, both for grain and hay quality.”

Dr Rebetzke said the release of the awnless varieties gave growers an immediate option for mitigating climate risk while they waited for the industry to develop new genetics for frost resistant and heat resistant wheats, which were still a while away.

He said the awnless varieties gave growers the chance to sow wheat in the lower, more frost-prone parts of their farms and have the option of doing something else with the crop if it was hammered by frost.

“With climate change, it is predicted that frosts will be both earlier and later and, depending on the region, they will be more or less intense,” he said.

“So, while we are still looking for the opportunities to meet the challenges of things like frost head on, what we are doing here is giving growers the technologies now so they can maintain profitability.”

Breeders are continuing to use the CSIRO genetics to build new genetics in their own programs.