THE SOUTH Australian Liberal Government has negotiated bipartisan support with the Labor Opposition to enable the passing of legislation which will lift the Genetically Modified (GM) food crops moratorium.

This will allow GM crops to be grown on mainland South Australia but not Kangaroo Island.

For broadacre farmers, the lifting of the ban will enable them to grow a greater range of canola and cereal varieties.

Many SA growers have planted most of their winter-crops for this year already, but will be able to take advantage of expanded cropping options from next year.

Minister for Primary Industries and Regional Development Tim Whetstone said the government had negotiated with the Opposition in good faith over amendments which would enable legislation to pass.

Under agreed amendments to the government’s Genetically Modified Crops Management (Designated Area) Amendment Bill 2019, local councils will have a time-limited ability to apply to be a GM crop cultivation-free area, and the moratorium will remain on Kangaroo Island.

While councils will be able to apply to have the moratorium continue within their municipality, the final decision will rest with the Minister for Primary Industries and Regional Development.

Councils will lose the ability to apply to be a non-GM crop cultivation area six months after the legislation being assented to.

The GM Bill is being debated in the SA Parliament today.

“This agreement is a great outcome for South Australian farmers who will have the opportunity to reap the benefits of growing GM where that is best for their business,” Mr Whetstone said.

“The legislation will provide farmers with the regulatory certainty they need to invest in GM seed and plant GM crops in time for the 2021 grain-growing season.

“Lifting the moratorium will not only provide economic benefits for our farmers but it will put South Australia on a level playing field with every other mainland state in Australia which has had access to GM technology for at least a decade.

“By giving our farmers more tools in the toolbox, we are backing them to boost the agriculture industry as they battle drought and a changing climate, grow the economy and create jobs.

“The decision to lift the GM moratorium followed a high-level independent expert review, extensive industry and community consultation and the recommendations of the GM Crop Advisory Committee.”

Grain Producers SA (GPSA) has welcomed the apparent breakthrough to legalise the commercial cultivation of GM crops in South Australia.

GPSA chief executive officer Caroline Rhodes said this might represent an opportunity to break the political deadlock over GM crops. 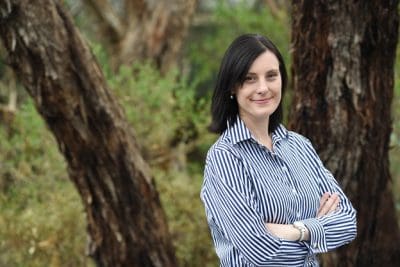 “This bipartisan compromise will hopefully serve as an orderly transition towards removing restrictions on GM crops in SA, after 16 long years under the current moratorium.

She also acknowledged the Opposition, which had taken a new policy direction on the issue under leader Peter Malinauskas and Shadow Minister for Primary Industries and Regions Eddie Hughes.

“While Labor’s proposed framework is not in absolute alignment with GPSA’s preferred policy position, this model may represent an acceptable compromise to enable the commercial cultivation of GM crops from 2021.

“On behalf of growers, GPSA has been working diligently with both the Government and the Opposition in order to bridge the political divide and to provide SA growers legislative certainty.”

Parliament will now scrutinise the amendments during the Committee Stage before a formal vote is taken.

“GPSA’s clear policy preference is for the entire Act to sunset on 1 September 2025 and for Kangaroo Island to be incorporated in the proposed regime.”

Ms Rhodes said it was important to restore trust in SA’s agricultural sector by allowing access to GM technology, to enable producers to cope with a changing climate and other production constraints.

“We trust farmers to make responsible decisions on whether or not to adopt GM crops,” she said.

“For farmers, GM crops are just another tool they can use in their business, based on their environment, commodity prices, their farming system, and their agronomic requirements.”