AN exponential rise in computer processing power over the next two decades will deliver mind-boggling levels of information, automation and decision-making capacity to the farming sector, according to John Deere Advanced Engineering Group senior staff engineer and north west NSW farmer, Broughton Boydell. 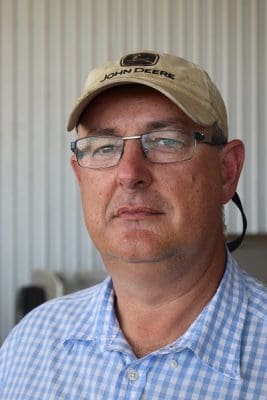 Addressing the Tulloona Conservation Farming Group field day north of Moree yesterday, Dr Broughton said the processing power of computers today was only a fraction of what was coming over the horizon.

“Where we are at now is close to one human brain in some of the processors we have now. In the next 20 years, the prediction is that lower cost computers will have a capacity of seven billion human brains – equivalent to everyone on earth thinking about the one problem together,” he said.

Dr Boydell said such computing capacity opened up a world of opportunity for farming to move into the high-precision age.

“What it means for agriculture is that sensors that are currently recording gigabytes of data and take hours and hours to process will be able to be processed 30 times a second on a machine as you are driving,” he said.

“As you are driving, a sensor could, much like a WeedSeeker, see something and make really complex measurements and characterisations of what it sees and use that information 30 times a second to do some corrective action. It does instant, deep analysis of what it sees.

“So, in terms of sensor networks, we currently have yield sensors and moisture sensors, but increasingly there will be sensors looking at plant health on a row-by-row or plant-by-plant basis. That will bring everything down to understanding what is happening plant-by-plant rather than farm-by-farm or region-by-region.”

Dr Boydell said the rise in computer processing power would give farmers data at a level of complexity well beyond traditional parameters such as rainfall and paddock yields. 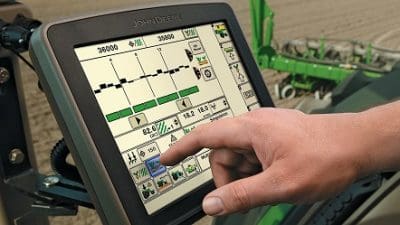 “One of the things will be the fine detail that is too hard to remember to use when you are trying to understand something down the track,” he said.

“In the future, if the spray rig drives along and sees Ascochyta hotspots or something it can recognise, later on when you are trying to understand what went wrong this year all of that information will be in there rather than just rainfall.

“With the hundreds and hundreds of different data layers that will be available, it is reasonable to expect they can be combined to better understand what is happening and make recommendations on data that can drive better decisions.”

But like all data input systems, Dr Broughton said the value and integrity of the information and analysis generated by computers was only as good as the data that was entered into the system – “rubbish in, rubbish out”.

He said it was an issue facing the industry today where some systems inputting poor data were producing outcomes of questionable value.

“One of the problems we have with a lot of the ag tech startups is that many are coming from outside agriculture purely from mathematics or engineering,” he said.

“Although you expect them to have a really thorough understanding of sensors and the nature of sensor information, not enough critical thought is being put into the integrity of data and confidence of a data layer when it is going into analysis.”

Dr Boydell said it was about ‘sifting the grain from the chaff’.

“It’s about using intimate knowledge of sensors and understanding their sources of error to be able to go through, say, a yield map with multiple combines, multiple calibrations, different days and a range of other influencing factors and transform that to a more accurate and higher confidence estimate of yield,” he said.