FARMERS using seed colour change to determine the right time to windrow canola may have to modify their techniques to look at the whole plant, and not just the main stem, if they are to maximise yield and quality potential. 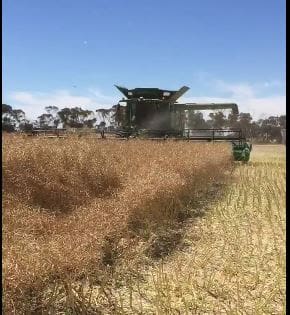 That was a key finding of canola windrowing trials in the northern farming zone that looked at windrow timing and its impact on yield potential and oil content.

Speaking at a GRDC Update at Pallamallawa in north west NSW, NSW Department of Primary Industries research agronomist, Rick Graham, said current Australian industry guidelines recommended that canola was ready to windrow when 40 to 60 per cent of seeds on the main stem changed colour from green to red, brown or black.

But, Mr Graham said the trial work found there were benefits to be gained by assessing seed colour change not only on the main stem, but on the branches as well.

“Over the past decade, with the adoption of hybrid canola varieties and changes in farming practices, there has been increased discussion about how best to determine seed colour change,” he said.

“The main concerns relate to the proportion of yield contained on the branches versus the main stem and the effect of the differential rate of seed maturity on yield and seed quality parameters.”

Mr Graham said research in 2015 and 2016 highlighted the importance of correct windrow timing and the need to accurately determine seed colour change. 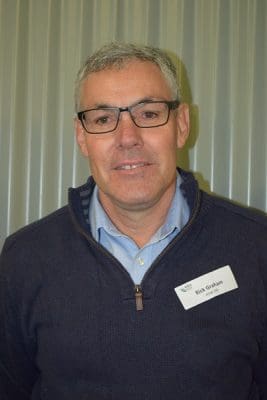 “We have found that if you windrow before there is 40pc seed colour change on the primary stem you can get yield loss of up to 55pc and 7.78 units of oil loss as well,” he said.

“Potential yield and oil benefits are being obtained from delayed windrow timing. Going at the upper end of the industry standards around 60pc seed colour change, given that there is a significant portion of yield contribution from the branches as opposed to the primary stem, there appears to be a need to reconsider the method of determining seed colour change.”

Windrowing is a widely adopted harvest management practice of canola production in Australia where the crop is cut and laid flat to ensure all pods are mature at harvest, reducing grain loss from pod shatter.