A GLOBAL study led by the International Crops Research Institute for the Semi-Arid Tropics (ICRISAT) and involving scientists from The University of Western Australia has identified genes that can be used to develop drought and heat tolerant chickpeas. 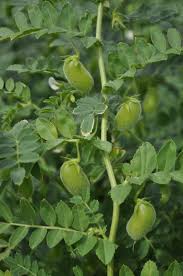 Chickpeas are the third most commonly produced grain legume in the world. However, drought and increasing temperatures (heat stress) are estimated to cause the loss of more than 70 per cent of global chickpea yields.

It is hoped the research findings will result in the ability to breed more resilient chickpeas.

The study also mapped the origins of chickpeas, confirming they came to India via Afghanistan and may have been introduced back to the primary source of origin 200 years later.

“Our study indicates Ethiopia as secondary centre of diversity and maps a migration route from Mediterranean/Fertile Crescent to Central Asia, and in parallel from Central Asia to East Africa (Ethiopia) and South Asia (India),” Professor Varshney said.

The findings offer insights into the crop’s genetic diversity, domestication and agronomic traits.

UWA’s Institute of Agriculture’s Professor Kadambot Siddique said UWA was delighted to be part of a global research effort with important applications for agriculture and the future of the planet.

“This is a significant breakthrough,” he said. “Achieving food security and sustainability for the future is highly important and the results of this study will help Australian and global chickpea breeders develop climate-ready chickpea varieties with improved yield, drought and heat stress tolerance.”

The study “Resequencing of 429 chickpea accessions from 45 countries provides insights into genome diversity, domestication and agronomic traits” has been published in Nature Genetics online.