Bringing valuable genes back from the wild

AN international team of researchers has developed a revolutionary plant breeding system which will enable plant breeders to access valuable genes that have been lost through modern breeding programs. 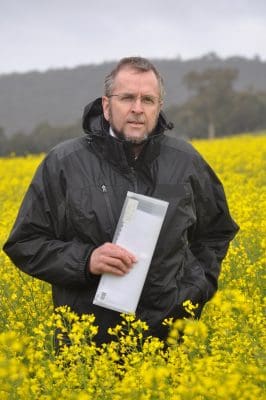 Developed by researchers from The University of Western Australia (UWA), University of New England (UNE), the Nordic Genetic Resource Centre, Norway, and the Pig Research Centre, Denmark, the plant breeding method captures valuable genes from wild crops and moves them back into the field by crossing the genetically diverse exotic lines with elite lines, creating evolving gene banks.

UWA Institute of Agriculture professor Wallace Cowling, who led the study, said the population was then selected for improved economic index over many cycles of recombination and selection, while retaining the exotic genetic diversity for future discovery and exploitation.

“The team modelled genetic improvement in evolving gene banks with optimal contribution selection, which enabled us to increase the number and diversity of offspring selected for breeding,” Professor Cowling said.

“We also accelerated cycles of selection, with just two years per cycle compared with six to ten years in traditional crop breeding.”

UNE Animal Genetics and Breeding Unit director, Dr Rob Banks, said the work was based on the animal model, and this was the first time it had been used in crop breeding with selfing in the pedigree.

“Our new rapid-cycle plant breeding method in evolving gene banks will have long-term benefits for all plant breeders, and could help to adapt and develop climate ready crops,” Dr Banks said.

Professor Cowling said the immediate challenge was to validate the results in commercial crops such as wheat, pulses and canola.

The team is seeking potential collaborations with plant breeders and breeding companies to validate the scheme.