Call for crop research priorities to get back to ‘grassroots’

THE Grains Research Foundation (GRF) has called for the establishment of an independent body to set the priorities for cropping research and give growers more say in the process. 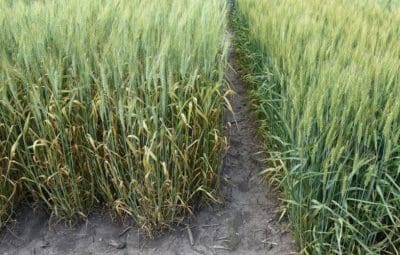 Addressing the foundation’s annual general meeting, GRF chairman Damien Scanlan said the current approach to research funding by the Grains Research and Development Corporation (GRDC) was “too top heavy and not enough grassroots”.

“We have the view that over time GRDC management is more determining priorities than the growers themselves. The priority setting is not being tested enough with growers,” he said.

“Research providers, including the GRDC, should be actively financing an independent priority setting body.

“In the beef industry there is NABRC (the North Australia Beef Research Council) which is an independent body that develops research priorities for the service provider industry. We think elements of that would suit the grain industry.”

Mr Scanlan also called on the GRDC to invest more in grower capacity building by backing grower groups and supporting initiatives such as the GRF’s young farmer tours to the United States.

“The Foundation over the last three years has embarked on sending younger growers to the US on study tours. What that is doing is giving them an understanding of what might be possible in the industry. It gives them a more informed view of what the research priorities ought to be in this country when they see the sorts of things that are happening in other parts of the world,” he said.

“We would like the GRDC to support those sorts of capacity-building exercises. There is virtually nothing coming out of GRDC now on grower capacity building.”

Mr Scanlan said one example of a research priority that emerged from farmer group tours to the US was the need for Australia to take a closer look at developing cold-tolerant sorghum.

“There is a lot of work done in the US on this. Instead of having an NVT trial on sorghum, that money would be better spent in growers’ eyes on screening and developing cold-tolerant germplasm that could be introduced into varieties in Queensland and northern NSW,” he said.

“That would mean the planting window could possibly move forward by up to a month which would mean a substantial reduction in the risk of heat at flowering and grain fill which intimidates a lot of sorghum in this part of the world.

“It would be better to put the money into that from a grower’s point of view. We don’t think that is being heard by the GRDC.”

Mr Scanlan said the GRF was also concerned about a perceived decline in the traditionally close relationships between grain scientists and growers.

“The disconnect isn’t helping the productivity of growers. I find myself repeating previous annual reports where I highlighted the requirement for research providers and managers to work more closely with farmers to build a mutually respectful relationship,” he said.