Call for wheat stocks transparency Bill to be enforced 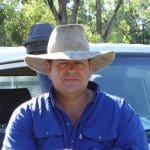 Pete Mailler is co-founder of the CountryMinded party and former chair of Grain Producers Australia who farms near Goondiwindi on the NSW/Queensland border.

MOST people would be shocked to learn that Nationals leader and Federal Agriculture Minister, Barnaby Joyce, has been responsible for ripping over $2 billion in GDP out of rural and regional economies since he took office.

Brace yourself, the numbers are staggering and in truth much larger.

One of the first things we need to recognise is that every aspect of our lives is interconnected.  There isn’t really a “them and us” logic that really works and this is absolutely true for rural and regional communities.

When a farmer, particularly a family farmer, earns a dollar for his produce this initial inflow of money at farm level underwrites a much larger economic activity.  This money flows through the economy, in wages, paying for goods and service etc… and if the season was good, maybe a holiday.  This flow of money is what keeps people employed in most regional centres and it is what keeps families in regional centres, schools and hospitals open and so on and so forth.

Crudely I am trying to describe what is measured when economists calculate an Economic Multiplier.  The accepted economic multiplier for agriculture in Australia is seven.  This means that every extra dollar that goes to farming businesses in regional Australia increases GDP in the broader economy by a factor of seven. This is a measure of the economic benefit to all people from every extra dollar a farmer earns.

This is why it is critically important to ensure that agricultural supply chains are as efficient as possible and deliver the best and fairest possible returns to producers.  Every small town in Australia is inexorably linked to the viability of the farm sector and in the end so is the entire nation.

Now let me get back to my outlandish claim.  The current federal minister for agriculture has ripped over two billion dollars ($2Bn) out of the rural economy.

The most readily recognised example is the globally unmatched control of the grocery market in Australia by Coles and Woolworths.  The grain industry has its own version of this supermarket problem in bulk handling companies like GrainCorp, but all ag commodities are ultimately affected to some degree be it by milk processors, meat processors, sugar processors etc…..

The 2016 winter crop harvest has begun and the pundits are expecting a larger than average, albeit low priced, wheat crop.  Therefore, it is timely to use the wheat supply chain and a glaring and deliberate failure by the Minister.

The bulk handlers have exclusive and full knowledge of everybody’s stock position within their grain networks.  In contrast, the rest of the trade and growers are essentially trading blind.

In late 2012 the Wheat Export Marketing Amendment Bill was passed by the Gillard Government with conditions imposed on its passage by Greens Senator, Rachel Siewert.

Specifically, there was a condition that bulk handling companies must provide wheat stocks information that described wheat held in the central grain systems by grade, by port zone, weekly during harvest and monthly thereafter.

This information would have helped address some of the asymmetry that favours bulk handling companies in the grain marketing system.  The conditions only applied to wheat because the Bill was specifically about wheat.

Since taking office, Barnaby Joyce has failed to enforce those specific conditions that compelled the provision of this stocks information.  Mr Joyce has held office for three wheat harvests and Australian producers have produced approximately seventy-five million tonnes (75,000,000t) of wheat in that time.

By extrapolation this has cost growers about four dollars ($4) per tonne of wheat produced in lost revenue by failing to enforce the conditions of the passage of the Wheat Export Marketing Amendment Bill. That equates to approximately three hundred million ($300,000,000) dollars in lost revenue to the wheat production sector on his watch.

The accepted economic multiplier for Australian farm income is a factor of seven. As a result, Mr Joyce’s inaction has cost our economy approximately two billion, one hundred million dollars ($2,100,000,000) and most directly affected is the regional economy.

Producer groups across the country consistently and continually pressured Mr Joyce to follow through and ensure this stocks information be provided, but he has deliberately failed to act.

Mr Joyce’s disgraceful inaction on wheat stocks has delivered a real and measurable economic loss in communities least able to afford it.  The fourth wheat harvest has now commenced on Barnaby Joyce’s watch and we still do not have the necessary grain stocks transparency to deliver a fairer price to producers.

The Minister has now belatedly asked producers to do his job for him and advise him on how to resolve grain stocks information.  It is simply too little too late.  This year the grain prices are low and every dollar per tonne is essential.

As I pointed out at the beginning this example is for one grain in a diverse grains industry and does not begin to touch on the impact of poor transparency and fairer price discovery that impact nearly every agricultural supply chain in the country.  The numbers are truly staggering and the inaction is mind numbing.

Very few of the solutions to the problems facing Australia and particularly rural and regional Australia involve rocket science.  In the end common sense and commitment can and will resolve our problems.

Individually we have been convinced that the problems are complex and the solutions more so.  This is a load of garbage peddled by those who are committed to maintaining the status quo.  Sadly, too many people have bought into this thinking.  This in turn allows the people in a position to make a difference, like Barnaby Joyce, get away with doing nothing.

Imagine the benefit for rural and regional communities if the lack of transparency and fair price discovery was meaningfully addressed in agricultural supply chains.  Now that would be a great legacy.