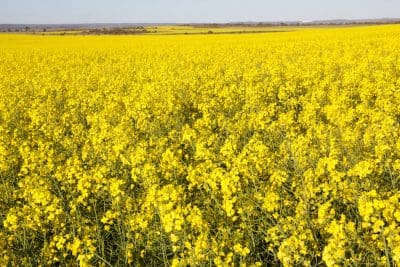 Have you eaten organic food today? If you have eaten anything, then technically you’ve eaten organic. By definition, all food is organic, it just may not have been grown under industry standards, such as Australian Certified Organic (ACO).

Most people who choose to eat certified organic do so because they believe it is cleaner and greener, or chemical free. But the most modern cultivated plants are genetically modified organisms (GMOs) and so are precluded from being certified organic.

The Australian Organic organisation says that’s because there are no long-term studies on human health.

Prince Charles has warned that the cultivation of genetically modified (GM) crops is the biggest environmental disaster of all time.

The Australian Greens argue that:

[…] genetically modified foods have still not been proven safe […] Crop yields have not increased, but the use of pesticides on our food has. The only ones profiting from GM are the large GM companies.

But the research says different

Perhaps the Greens need to brush up on the science behind their claims. In the most comprehensive meta-analysis (of 147 publications) to date, researchers from Goettingen University have concluded that the adoption of GM technology has:

A survey in the United States uncovered great difference in motivation among farmers who adopted GM herbicide-resistant soybean. Farmers like the no-till and low chemical use attributes. Even when it did not increase profitability, they enjoyed the increase in farm safety and particularly the safety of their families when using less herbicide with very low toxicity.

A similar study of the same soybeans in Argentina showed that total productivity increased by 10%, and more than half of the benefit had gone to the consumer.

In 2012, a joint Chinese-French study on GM cotton showed that insecticide usage more than halved, and the survival of beneficial insects had a positive impact on pest control. Since they adopted genetically modified Bt cotton, India has been producing twice as much cotton from the same land area with 65% less insecticide.

What do organic farmers really want?

Organic farmers really do care for their land and want to balance their impact on the land with producing healthier foods and improving the health of the soil.

But organic farms use more land and labour to produce the same amount of produce as conventional agriculture. That’s the major reason you pay more for organic products.

Organic farmers will maintain that if you can improve soil health, you can reduce the impact of pests and diseases. In fact, most farmers in Australia will say that, organic or not.

It works for some of the soil-borne problems but, not surprisingly, weeds really like healthy soils too. And fungal spores, plant-eating insects and aphids harbouring pathogenic viruses can and will travel a long way to get a piece of those healthy plants.

With all crop production, there is an element of biological warfare. No matter how hard any farmer tries, her crop will often need a little help to fight back.

All farmers use some ‘inputs’

So reluctantly, there will come a time when a farmer will have to use chemicals, or allowed “inputs” (remember that organic agriculture is chemical-free). They include things such as copper, rotenone, acetic acid, light petroleum derivatives, sodium chloride, boric acid and sulfur.

Different organic certifiers allow different “inputs”. Let’s use the case of the potato, which infamously succumbed to potato blight and precipitated the great Irish diaspora of the 19th century.

Potato blight is still around and organic potatoes succumb just like others, so farmers are allowed to apply copper sprays to control the fungus. After repeated applications, some soils accumulated toxic levels of copper, hence in 2001 the European Union (EU) and Australian organic certifiers limited application to 8kg/ha annually.

In 2006, the EU dropped this to 6kg/ha, and subsequently Germany and Switzerland cut further to 3-4kg/ha while Scandinavian countries banned the use of copper in agriculture, organic or conventional. Organic potato yields remain at 50% that of conventional yields.

In 2011, BASF launched a potato (Fortuna) that was totally resistant to potato late blight, and it could be cultivated without the need for fungicidal sprays, including copper. The potato contained two genes from a wild Mexican potato relative, and except for the fact that it was a GMO, it would be perfect as a clean and green organic potato crop.

There can be other benefits in GM crops, beyond yield and resistance. Rice produces 10% of the world’s methane emissions so imagine if somebody could reduce emissions by 90%, and make plants with larger seeds containing more energy.

Chuangxin Sun’s group at Swedish Agricultural University has done precisely that by transferring a single gene from barley to rice.

If all the world’s rice used this technology, it would be the equivalent of closing down 150 coal-fired power stations or removing 120 million cars from the road annually.

With many other plant scientists, I propose that the case-by-case scrutiny of GM crops would allow the organic industry to show it is willing to use the smartest technologies for improving the sustainable productivity of food and fibre production.

Many labs around the world, including those in my building, are full of bright young innovative scientists who want to make the world cleaner and greener.

We have GM crop plants with enhanced nutritional qualities, pest and disease resistance, larger grain sizes and the ability to produce more food with lower fertiliser inputs. Many of these plants have been modified with only a few DNA letters altered from the “wild” genes.