Can I retain stubble and keep weeds under control?

THERE are many benefits associated with retaining stubble, but zero till seeding into high stubble loads can be problematic, particularly in wetter seasons. 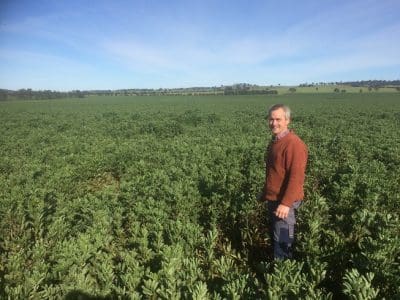 “Decisions at harvest, post-harvest/pre-sowing and at sowing influence the success of a seeding operation into stubble,” he said.

“A high stubble load can create issues for all types of seeding systems by restricting herbicide choice, effectiveness, contact on the soil or weed target and even reduce crop emergence.”

In 2014 an experiment was established at Temora, NSW in a paddock with high levels of Group B resistance in annual ryegrass. 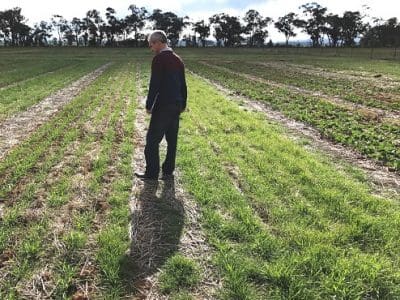 Following the wet 2016 season, with a soft late finish, three years of the diverse strategy (which included a double break) reduced the ryegrass seed bank by 70 per cent compared to the aggressive (high input) strategy (145 cf 573 seeds/m2), while the conservative (low input) strategy increased the seedbank by 600pc to above 4000 seeds/m2.

Short answer: In our experiment, after three years ARG seed numbers were generally lower when crops were sown with a tyne seeder.

However, the use of expensive pre-emergent herbicides eliminated any significant difference in ARG seedbank populations in crops sown with a disc or tyned seeder.

By February 2017, following the 2016 decile 9 season the lowest average ARG seedbank population was found in the diverse cropping strategy sown with a tyne seeder (82 seeds/m2).

In the conservative strategy weed populations continued to increase when sown with a tyne seeder (2322 seeds/m2) and with a disc seeder (7631 seeds/m2).

What options do I have if stubble is too thick to sow through?

Retaining stubble, with all its benefits, should not be allowed to compromise effective weed control.

Mulching, incorporation and grazing all potentially retain more nutrients in situ however mulching or incorporation are likely to lead to nutrient tie-up in the soil unless additional nutrients are added.

Grazing and late burning both improve in-crop nitrogen availability, and often the yield of the following crop.

It is not recommended to grow wheat after wheat unless the stubble from the first wheat crop is burnt or grazed, or supplementary nitrogen is applied to offset N immobilisation.

To try and avoid burning at all costs, the best option is to sow a diverse crop sequence and use the legume crop to reduce the cereal stubble.

Mr Swan will be presenting his research into double-break cropping at the WeedSmart Forum on 21 August, in Wagga Wagga, NSW. Go to the website to register.