WITH a record 2016/17 harvest completed, front of mind for Australian cropping farmers planning the 2017/18 season will be low wheat and coarse grain prices, historically low but rising fertiliser prices, high global stocks and the likelihood of a drier than normal season ahead, according to the latest Rural Bank crop report. 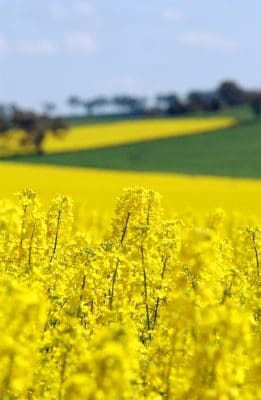 Canola and pulses are likely to be in favour this winter cropping season.

The report said the forthcoming winter crop was likely to see an increase in canola and legume plantings. Recent rain had provided good soil moisture content and many popular lines of canola seed had sold out early. Barley plantings were expected to be lower this year.

The Southern Oscillation Index (SOI) is currently neutral. Forecast models are indicating a drift to an El Niño setting later this year. In the west the Indian Ocean Dipole (IOD) has come back to neutral and is likely to move to a negative setting this year.

Crop prices will remain under pressure domestically and abroad while supply remains strong, particularly for wheat and barley.

Expect prices to stay within recent ranges until northern hemisphere crops break dormancy and the picture for 2017 supply become clearer.

Even then, given record global production and stocks, a surge in price in the year ahead seems unlikely.

On the input side, international fertiliser prices remain close to eight-year lows, despite rises in DAP in recent months and urea in the second half of last year.

Although the 2017/18 crop is not yet in the ground, current expectations are for lower production than the record 2016/17 season.

Growers are likely to respond to low wheat and barley prices by reducing the area planted and the early forecast of drier than normal conditions for the year ahead is likely affect yield.

Overseas, it is early days in terms of gauging the performance of northern hemisphere crops.

Early reports suggest European and Black Sea crops are slightly better than this time last year, although a cold snap would quickly see those estimates downgraded.

World stocks of major crops are at or near record levels: wheat 250 million tonnes, coarse grains 255Mt and oilseeds 94Mt.