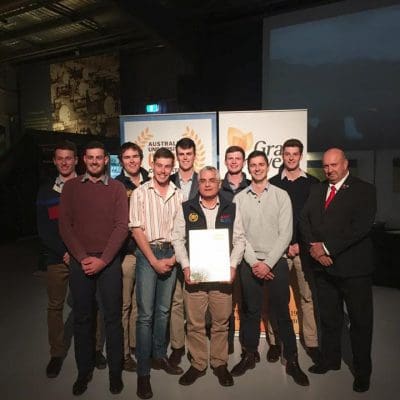 The Charles Sturt University team made a clean sweep at the Australian Universities Crops Competition in Temora, NSW.

CSU student Nick Grant took out first place in the individual category while the team trophy went to the all-male team from CSU.

This year’s competition held at the Farmlink Research Station was greeted with outstanding weather at the start of the week before cooling off with chilly winds.

The competition puts tertiary agriculture and agribusiness students through their paces in a mixture of theory and hands-on tests covering agronomics and farm business management.

“Crops competition participants are our farm advisers and agronomists of the future,” Dr Southan said.

“In their future roles they will need to apply their skills across numerous properties and regions – wherever their careers may take them.”

Dr Southan said the competition was about students being able to demonstrate their agronomic expertise but also gave them the opportunity to network with industry representatives. 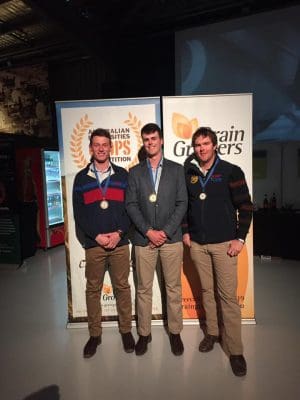 “This year there was an increased focus on connecting students with grains industry representatives including research, government and agribusiness professionals in the interests of developing career pathways and opportunities,” he said.

“A networking lunch and local tour helped to introduce students to potential employers and to broaden their knowledge about broadacre crops.”

2017 AUCC individual winner Nick Grant is a local Temora man who was thrilled to win and said participation in the competition was a highly valuable experience.

“I entered the competition to learn as much as I could and I walked away today knowing that I’ve learnt a lot. Winning is a huge bonus.”

Nick is in his third year of study at Charles Sturt University. After completing his studies, he aims to pursue a career in agronomy or to return to the local Temora family farm which produces broadacre crops.

Nick together with individual runners-up, Danyon Williams and Tom Jeffery, also from CSU, now have the opportunity to take part in the universities crops competition in the United States. 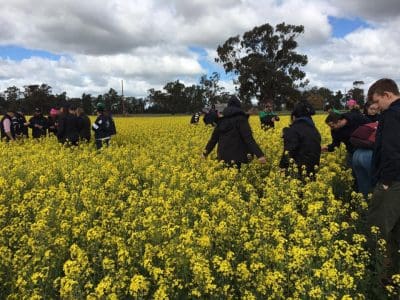 “I’m super excited about competing in the US, as I’ve never been overseas before,” he said.

Dr Southan said the competition, now in its ninth year, continued to go from strength to strength. It was the only such competition in the Australian grains industry.

“It is fantastic that Australia’s major agricultural universities continue to fund and support students to compete. We are also grateful to the students who fund their own travel expenses.”