AS winter crop harvest gains momentum, an increasing number of growers are taking the opportunity to adopt weed seed control measures to slash weed numbers and head off the threat of herbicide resistance. 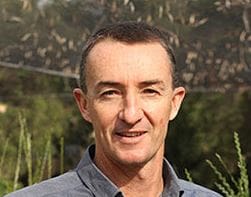 By intercepting weed seeds at harvest, they prevent them germinating in the next season’s crops, over time reducing the seedbank and weed burden.

“Australia leads the world in the development of harvest weed seed control techniques. We are taking the technology to America. Their weeds are made for it. Their weeds really hold onto the seeds at harvest, moreso than ours. Theirs hold onto 99pc of the seed.” – Peter Newman

Mr Newman said the survey showed 43 per cent of Australian farmers now used some form of harvest weed seed control. In the next five years 82pc of farmers planned to adopt it.

Of the farmers surveyed, 30pc were using narrow windrow burning; 7pc were using a chaff deck to concentrate the weed seeds on permanent wheel tracks; 3pc were using a tow-behind chaff cart to collect the material; and 3pc were direct baling the straw and chaff.

Mr Newman said he had long advocated weed seed control as a technique for dramatically reducing weed numbers and was pleased to see an increasing number of farmers either using, or planning to use, the strategy.

“In the future, indications are there is going to be a lot of narrow windrow burning and more chaff decks, Harrington Seed Destructors and chaff carts,” he said.

“Every one of them has its issues, there is no perfect solution. About 40pc of farmers are doing it now and it will be about double in the next five years, so it is about them choosing the right system for their farm.”

Heading off resistance was an important, but secondary goal, “because resistance doesn’t matter if you don’t have any weeds”.

In focus paddocks where he had been counting weed numbers every year for the past 16 years, the farmers who had regularly used harvest weed seed control had virtually eliminated ryegrass from their systems. Many had been free of the weed for the past eight or nine years.

“It takes five or six years to get the weed numbers right down and keep them there,” he said.

“Getting them down is the hard bit. It is a mind shift getting people to think of doing something about the seed bank rather than just using a herbicide each year. That takes a big shift because we are in the habit of relying on herbicides.”

Mr Newman said narrow windrow burning was the most popular technique because it was cheap and easy to get into. 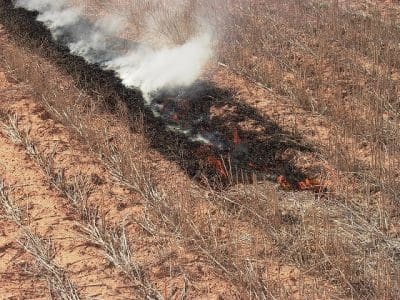 “Farmers just knock up a chute in their workshop. It costs them a couple of hundred bucks and they can go and do it,” he said.

But he warned that burning windrows was not easy across large areas and came with the risk of fire escaping to other parts of the farm.

“It is easy to do small parts but is hard to do across the whole program. People might do their canola and pulse crops, or low-yielding cereal, and that is about it. But if you are in an area where there is high-yielding cereal it doesn’t work so well,” he said.

Mr Newman said the big negative of windrow burning was it removed valuable nutrients, particularly potassium, and concentrated them in the windrow.

“If you are on a potassium responsive soil, particularly like the sandy soils in WA, that is a big issue,” he said.

“We think you would be better off trying other options like the Harrington Seed Destructor, chaff cart or chaff deck because you aren’t relying on fire or causing nutrient banding issues, and they can be applied to the whole farm.”

Chaff carts are towed behind the harvester with the aim of collecting the weed seeds as they exit the harvester. 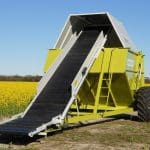 The chaff is then dumped in piles which are often later burnt or in some cases used to feed stock.

Mr Newman said the system had a good ‘fit’ in situations where there were stock.

“Chaff carts are excellent in a mixed farming system as sheep kill 97-99 per cent of weed seeds and the chaff provides feed at the same time,” he said.

Mr Newman said one of the most effective systems was the combination of controlled traffic farming and chaff decks where the chaff portion of the residue was taken on conveyor belts out the back of the harvester and dropped onto the permanent tramlines. 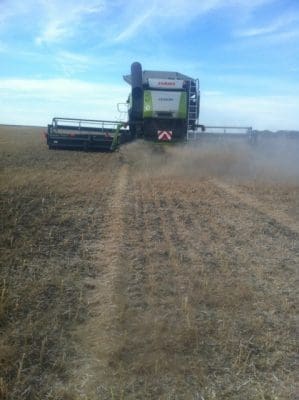 Material from a chaff deck laid out on tramlines.

“If I was farming, I’d be using controlled traffic with a chaff deck. That would be my system because it is cheap, simple and reliable,” he said.

Mr Newman said while farmers sometimes sprayed out the emergent weeds on the tramlines, particularly if they had barley in a wheat crop or wheat in a barley crop, the chaff was usually left to settle and rot.

“The tramlines might be a bit weedy, but you are better off having weeds compete with each other on the compacted tramlines than have weeds competing with your crop,” he said.

Mr Newman said the downside of chaff decks was that the weeds were still in the paddock instead of being removed or destroyed. 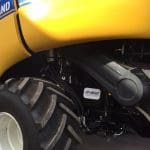 The AHRI has found the HSD destroys 93 to 99 per cent of the weed seed.

Originally a tow-behind machine, an integrated version (iHSD) has now been developed that is mounted to the rear of the harvester.

The iHSD collects and destroys weed seeds in one step with minimal impact on harvesting speed, and no need to burn residues.

Mr Newman said the limitation of the HSD was it was an expensive system to introduce.

“It has a big price tag. That is its negative. So you have to have a big cropping program. And you probably don’t want sheep because it smashes up the feed,” he said.

Chaff lining is similar to the chaff deck but, instead, the chaff goes onto the ground in a narrow row in the middle of the harvester.

Mr Newman said the principle was for the weeds to compete with each other instead of spreading across the whole paddock.