UNCOMPACTED soils, which can be achieved through Controlled Traffic Farming (CTF), can increase the amount of nitrogen available to crop plants when combined with a well-balanced farming system that promotes soil biology. 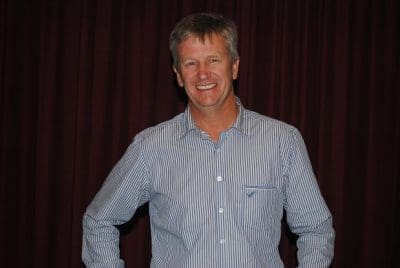 This was the message from Precision Agronomics Australia (PAA) agronomist Quenten Knight to the recent National Controlled Traffic Farming Conference in Perth.

“Uncompacted soils encourage deeper and more extensive root systems that can intercept and recover more nitrogen, and CTF is integral to achieving this, as is crop rotation, good pH levels and stubble cover,” he said.

The principle of CTF is to create permanent wheel tracks, commonly called tramlines by Western Australian growers, which are clearly separated from the crop zone.

The key aim is to reduce compaction and improve soil conditions in the crop root zone to encourage root growth and increase the uptake of soil moisture – to improve grain yields and quality.

Mr Knight told the conference soil test data from the Mallee district of Western Australia’s Esperance region showed CTF growers’ soils had up to 60 per cent more nitrogen (N) – in the form of nitrate and ammonium – compared with soils of non-CTF growers.

His observations and those of local growers showed earthworms were much more numerous in uncompacted soils, and that they were a significant contributor to plant-available N. Earthworms in one spade of soil at Scaddan in the Esperance region. (Photo: Quenten Knight)

“Earthworms can consume 4 to 10 per cent of the top 15cm of the soil annually and their contribution to plant-accessible N can range from 10 to 100 units per year,” Mr Knight said.

“As well as N, their castings are high in other nutrients including phosphorus, potassium and calcium, and have a high cation exchange capacity (CEC), which influences the soil’s ability to hold onto essential nutrients.

“Earthworms multiply and spread beneficial bacteria throughout the soil and there is a symbiotic relationship between them and fungi, including mycorrhiza, which can help create a larger root system.”

He said trial work by the South East Premium Wheat Growers Association (SEPWA), funded by the GRDC, had shown an increased grain yield of 18 to 46pc in zero trafficked areas (around power poles) compared with trafficked areas when the same amount of nitrogen fertiliser was applied.