THE cotton industry is riding high as brimming water storages from a wet winter and attractive season-opening prices hovering around $500/bale set the scene for a big planting over coming weeks that has the potential to become a four-million bale crop. 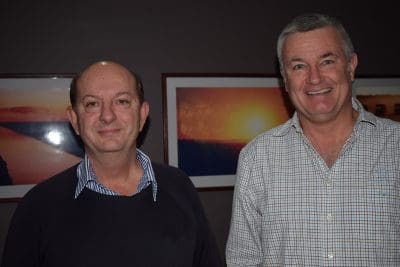 Whilst unlikely to exceed the 2012 record of 5.3 million bales, Cotton Australia chief executive officer, Adam Kay, said water inflows into the storages and rivers of the main cotton growing valleys throughout NSW and Queensland since the middle of July had raised production estimates from an earlier 2.5-million bale crop.

“We feel we are on track for a four-million bale plus crop that will be worth close to $2.5 billion,” he said.

“The concern is the Riverina which has really grown over the past few years. Down there it has been very wet. They have a more confined planting window than other areas. If they haven’t got it in by October 20 it is starting to get a bit too late there.

“On the other hand, Keepit Dam (on the Namoi River) and Copeton Dam (on the Gwydir) are filling, and Burrendong (on the Macquarie) and Wyangala (on the Lachlan) are overflowing. And there has been water go through St George and head to Dirranbandi.

“For places like the Macquarie Valley and the Lachlan Valley, that is a number of years’ worth of water. It is not just this crop. There is a lot of surety for coming seasons with the dams full.” 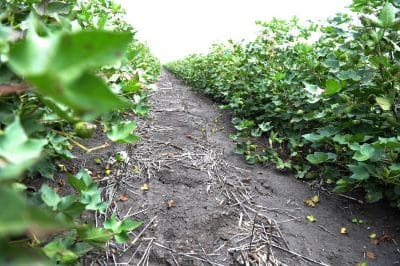 The cotton industry is gearing up to plant what could be a four million bale crop.

“A lot of people who have been traditional growers of sorghum are looking at the low price for sorghum and are thinking that cotton has the new technology coming in, Bollgard III, which offers more practical application in the dryland scene. That is creating a lot of interest,” he said.

“It will be grown in areas where dryland cotton has been grown before, but maybe expand into some new areas in Central Queensland north of Emerald and east into the Upper Namoi Valley (in northern NSW) on the Liverpool Plains to the east around Windy Station and Willow Tree.

“And there have been a number of commercial trials in Victoria around Swan Hill.”

Mr Finney said targeted research over the past 30 years into new varieties, technologies and growing techniques meant people could enter into cotton production with a lot less risk than they used to.

“One of the testimonies is that new growers can achieve average, and above average, yields in their first season,” he said.

Meanwhile, Mr Kay said the decision by German pharmaceutical and agrichemical company, Bayer, to destroy its genetically modified cotton trial on the Ord River in Western Australia’s Kimberley and abandon other research programs in Australia in the lead up to its merger with US seed and biotechnology company, Monsanto, was a blow to the industry.

“There is concern over the loss of a program. We valued the R&D they were doing. They looked to have good varieties and good traits coming through,” he said.

“The loss of the only potential competition we had to Monsanto is certainly a blow. We are concerned about the timing, happening only a few days before the merger.”