Australia has potential to increase cotton exports over next decade: Rabobank

WHILE the Australian cotton industry is still reeling from the effects of drought and COVID-19, opportunity awaits, with the potential for significant gains in the global export share over the coming decade, according to Rabobank’s 10-year cotton outlook released today.

Rabobank analyst Charles Clack said with global cotton demand down an estimated 13 per cent year-on-year for 2019/20, consumption was not likely to fully recover from the impact of COVID-19 until 2021/22, assuming widespread relaxation of virus restrictions.

However, Rabobank forecast 1.1pc growth in global cotton consumption year-on-year thereafter, through to 2029/30, equating to 13 million bales over the decade – and a welcome opportunity for Australian producers and exporters, Mr Clack said.

“Our modelling suggests Australia has the opportunity to increase its export volumes to over five million bales through the next decade, if production allows, with South-East Asia an attractive market,” he said.

In the short term, Mr Clack said surplus stock currently building in all cotton-exporting countries, except drought-constrained Australia, would keep global cotton prices low through to 2020/21 – with a fall in world production over the next two to three seasons required to offset the 20pc year-on-year rise in 2019/20 stock.

With future cotton use forecast to be strongest in the spinning mills of Vietnam, Bangladesh and Indonesia, South-East Asia is expected to account for 55pc of global demand growth over the next decade, signifying an extra 7.5 million bales of export opportunity.

However, with Brazilian cotton production continuing at pace – and estimated to reach over 18 million bales by 2028/29 – Mr Clack said Brazil was expected to take the ‘lion’s share’ of this region’s growing import demand. 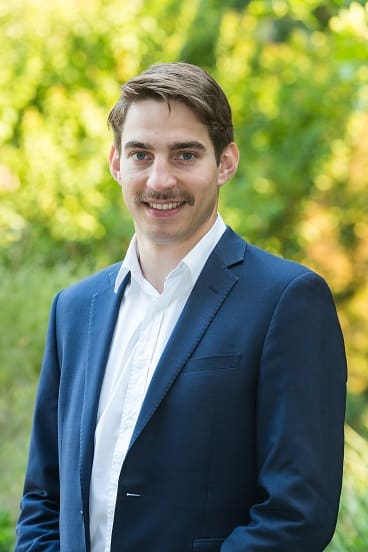 “Australia will face fierce competition from Brazil, India, and, to a lesser extent, the United States – which we believe will remain the world’s number-one exporter, but is predicted to lose market share due to the relative competitiveness of others,” he said.

Despite strong competition, Mr Clack said Rabobank’s modelling suggested Australia could increase its export market share by two percentage points, to 10pc in the next decade, bolstering its annual exports to near 5.3 million bales.

Mr Clack said Australia would also benefit from its existing robust trade relationships with South-East Asia, and its geographic proximity could also prove advantageous for both suppliers and buyers.

“While our unpredictable climate disrupts farm planning and cotton marketing, it’s also detrimental to importers, and ultimately Australian market share – which fell from 9pc in 2018/19 to just 3pc in 2019/20, and will take time to recover.”

“We believe this can be achieved through a combination of an on-trend yield rise – nearing 10 bales per hectare by 2029/30, plus a rise in area towards 540,000 harvested hectares, assuming 90pc irrigated,” he said.

While both have been achieved during years of high water availability, Mr Clack said the 10-year average was closer to 400,000 hectares, reflecting the challenge Australian producers faced due to the unpredictability of seasons and water availability.

The considerable expansion of cotton into southern NSW –on the Lachlan and Murrumbidgee Rivers – over the past decade was also now likely to “cool”, with the relative margins of alternative plantings – such as fruit trees, nut trees and berries indicating a shift in water-purchasing power towards permanent crops.

“Looking to 2029/30, cotton will remain an important part of the agricultural system in the southern Murray Darling Basin, and we expect capacity of over one million bales in times of surplus water,” Mr Clack said.

“However we forecast limited structural expansion in the region, and cotton margins will need to be convincing compared to summer crop alternatives in order for seasonal acres to expand.”

Mr Clack said Broome and Kununurra in Western Australia, Douglas Daly and Katherine in the Northern Territory and areas around Georgetown in Queensland are all touted for a future irrigation industry, with water a key attraction.

However, Mr Clack said the lack of ginning infrastructure – with raw cotton processed at Emerald or Dalby gins, at considerable cost, was the most pressing short-term industry need.

The high capital entry requirements in order to access specialised cotton equipment, machinery, inputs and talent in the north, plus distance to regional centres for agricultural services, were also challenges in the north.

“The road ahead holds hurdles and risks for early adopters and, while expansion may be slow and frustrating, Rabobank believes northern Australia will play an essential role in meeting future Australian cotton export potential,” Mr Clack said.

The role of social licence

Social licence to operate is considered ‘a community’s perceptions of the acceptability of a company and its local operation’.

Mr Clack said it was no secret Australian cotton had faced considerable challenges when it came to consumer perception and social licence.

“Australia’s impressive credentials as a progressive cotton-producing nation can be undermined by perceptions on issues surrounding water use, the environment and the Murray-Darling Basin,” he said.

However, he believed Australia’s cotton industry was in a strong position to address these concerns over the coming decade using global, national and regional education strategies promoting the sustainability, quality and efficiency of the domestic industry.

“In order to build and maintain a social licence to operate, the Australian cotton industry will need to be open, transparent, and engaging – particularly with urban populations – to build trust, and ensure the industry’s growth and success.”