FOR the first time in the history of the Australian Cotton Industry Awards, recipients for the five categories were announced in a ceremony held in Griffith in the NSW Riverina.

The Awards program recognises excellence and achievement in Australia’s cotton industry throughout the supply chain, from growers and ginners to product suppliers, consultants, agronomists and researchers.

Monsanto Grower of the Year 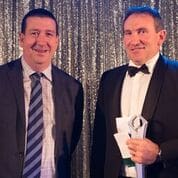 Monsanto ANZ Country Manager Tony May presents the 2017 Monsanto Grower of the Year Award to Matt Toscan, accepting the award on behalf of Cavaso Family Partnership.

On the 4200-hectare enterprise the Toscan family grow 1100ha of cotton, along with other crops like durum wheat, popcorn, maize and prunes.

They use siphon and bankless irrigation on a cotton, wheat rotation, employing minimum till and controlled traffic approaches.

Irrigation channels are controlled remotely by an automated system and they are now achieving average yields of 12 bales per hectare.

They are currently transitioning from a maize and cotton rotation, working to streamline and standardise the operation by reducing the number of crop varieties.

Integrated Pest Management (IPM) helps encourage beneficial insects and protect bees, while weeds have been a huge focus in recent years resulting in a much cleaner property.

Having Murrumbidgee river frontage has also meant the Toscans have focused on environmental improvements including fencing off riparian zones and installing water troughs.

Farming in a new cotton growing area means biosecurity has been given the highest priority, keeping contractors and traffic coming on farm to a minimum and installing well sign posted wash down facilities.

The partnership has attained MyBMP certification and have meticulous record keeping practices.

The Toscan family have used cotton to improve the profitability of their operation, which has allowed them to make beneficial changes to the farm overall.

AgriRisk High Achiever of the Year

Mark Cathcart has been growing cotton for 35 years and currently farms 260 hectares of irrigated cotton on CSD Farms, near Wee Waa, northern NSW. 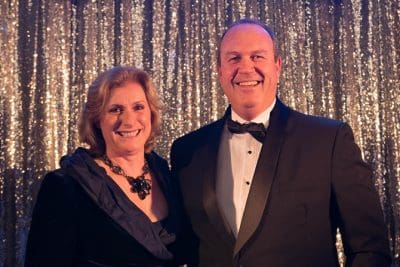 Mr Cathcart and his team take the breeder seed provided by CSIRO and over successive years screen and produce volumes of potential varieties which can then be grown out by commercial seed growing partners.

They are also responsible for conducting a vast array of trials including screening of new varieties for diseases such as verticillium, crop spacing and row configuration for dryland and irrigated systems, irrigation technologies, crop nutrition, seed treatments as well as new biotechnologies.

Cereal and pulse rotation cropping is critical in maintaining soil health and seed crop quality, so retention of crop stubble has enabled him to improve soil health, also improving water use efficiency.

Where possible, he also employs a minimal approach to insecticide application in order to encourage early season beneficial insects.

Mr Cathcart routinely achieves an evenness of maturity across the crop to produce the most consistent, highest quality seed and commercially acceptable lint yields.

The complex and extensive nature of his operations require an extremely high level of skill as a grower and organisation as a manager.

Fiona grew up on a mixed farming operation near Narrabri, northern NSW, and was attracted to cotton operations from a young age.

Ms Norrie started out spending her summers bug checking while studying a Bachelor of Rural Science at UNE.

She now works as an agronomist with Integrated Crop Management Services in Moree, helping many local growers improve yields, sustainability and farm performance.

This organisation has been highly successful in hosting informative workshops and raising much needed funds for suicide prevention services.

In 2016 Ms Norrie was named the Gwydir Valley Cotton Growers Association Young Achiever of the Year recognising the significant contribution she has already made in agriculture. 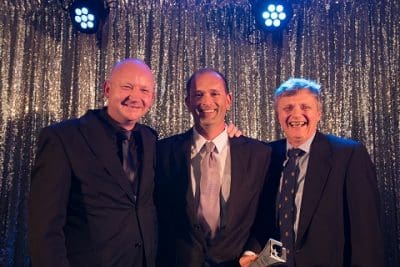 Both researchers have made significant contributions to the wider cotton industry and mainstream research through their systems analysis and understanding of cotton physiology.

By taking the approach of ‘learning to think like a plant’ they are fundamentally changing the philosophy of cotton production across the cotton industry, whether it be in northern Australia, established cotton production valleys, or the newer southern production systems.

Through rigorously planned and executed trials, and a strong understanding of cotton physiology and agronomy, they teased apart the intricacies of the Central Queensland production system.

They analysed temperature, solar radiation, rainfall and the farming system to determine how this could be manipulated to provide better returns and a more sustainable, profitable system for CQ growers.

This work has led to yields in this region increasing by up to four bales per hectare with significant improvements in lint quality.

Their work is having a profound impact on the profitability of cotton growing in this region.

Michael Bennett has made an extraordinary contribution to water policy in agriculture since he became a partner on the family farm, “Killowen”, near Narromine in central western NSW in 1971.

While running the farming and grazing operation he has taken on a long list of community, industry and leadership roles which has seen him help shape the agriculture industry as we know it today.

In 1981 he took on his first major industry role as the inaugural chairmen of the Macquarie Valley Irrigators Association, a position he would hold for the next seven years.

In 2000, Mr Bennett became Chairman of the State Water Macquarie Customer Service Committee, a role he continued until 2013.

In 2004, he was elected as director of the State Water Corporation and continued to serve until 2010.

He is currently a member of the Centre for Water Policy Research’s Advisory Committee at UNE Armidale.

He is also a member of the North West Water Quality Management Committee within the Department of Land & Water Conservation.

Among other achievements in his long, illustrious career, Mr Bennett became a graduate member of the Australian Institute of Company Directors and was made a life delegate to the NSW Irrigators Council in 2016 for long and outstanding service to irrigators of NSW.

In continuing his involvement with industries bodies, he became a member of the DPI Water SAP committee negotiating Macquarie Cudgegong Water Resource Plan in 2016.

In these roles Mr Bennett represented the interests of local irrigators, largely cotton growers, for many years at state and federal level.

He tirelessly sought equitable implementation of water reforms and a sustainable future for irrigators.

His role on MRFF  has also included contributions to major policy development and direction, lobbying and the role of spokesperson.

Mr Bennett has been a selfless, long term advocate for farmers’ water rights taking on critical leadership roles over 36 years.

During this time he has achieved significant progress for irrigators by fighting to protect their critical water assets.

He has done this in a spirit of cooperation, collaboration and goodwill that has earned him great respect among his irrigator colleagues as well as government bureaucrats.

The cotton awards were held in conjunction with a two-day Cotton Collective Industry Forum at Griffith that covered a huge range of topics, from research and development, connected agriculture and technology, to positioning Australian cotton in the world fibre market.

“The 2017 Cotton Collective brought together the whole industry to discuss the most important issues facing growers,” Mr Kay said.

“It was also an extremely valuable forum for those in the industry to learn about the latest technology, which is crucial to maintain the industry’s high standards for productivity.

“The cotton industry has grown rapidly in southern NSW in recent years, with many farmers becoming cotton growers for the first time, so we were happy to devote a significant portion of the Collective’s agenda to issues important to new growers.”