PICKING has pushed past the two-thirds mark on this season’s cotton crop which is on track to produce around four million bales and bring in $2.5 billion to the nation. 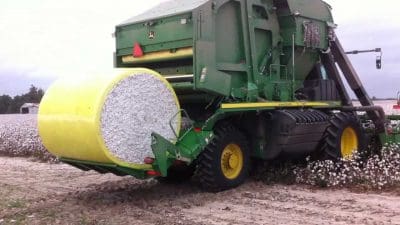 Cotton Australia chief executive officer, Adam Kay, said while yields were back from the records of the past couple of years, strong prices had meant good returns for growers.

“Irrigated yields are back to average yields. The last two years have been record-breaking and now we have backed off the records to around an average of 10 to 11 bales/hectare rather than the 12b/ha we had had,” he said.

“Making up for that is that prices have hovered in the $530-$550/bale for a month or so which is quite exciting.”

Most of the cotton still to come off is in the southern growing areas of NSW where the season is later than expected and production tempered by moderate growing conditons.

“In the south there were big hectares, but the yields were off a bit from the last few years down to 9-10 bales/hectare rather than 11-12b/ha they have had,” Mr Kay said.

“It was to do with more back-to-back cotton, a tougher start to the season for them and a tough year.”

Mr Kay said the downside of the season had been the heat and lack of rain that affected the dryland crop.

“A lot of people had a crack at dryland for the first time, but it was a very tough year for dryland,” he said.

“Most growers are realistic and understand that nothing would have done well with the temperatures well over 40 degrees. Whether it had been sorghum or some other crop, it still would have been an issue.

“A lot of those crops looked magnificent around mid-January on skip-row configuration and planted on a full profile. All it needed was some January/February rain, but they just didn’t get it. Instead of rain they got 45 degrees-plus days which took the potential out of them.”

Of the bales the industry will produce, 3.8 million will come from irrigated crops and around 300,000 from dryland.

Mr Kay said growers could take heart from a promising outlook for next season’s crop. 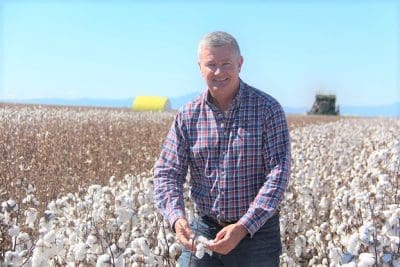 “When you look at where the water in storages is at for next season, it indicates we have a crop size that will be the same as last year,” he said.

“We are anticipating there is potential for four million bales. With any decent winter rainfall and inflows, that could increase.

“The forward prices on offer are good. We believe more than one million bales of next year’s production has already been sold.”

Rabobank is forecasting domestic prices for cotton to remain strong – above $520 per bale through 2017/18.

The bank’s latest industry report, “Australian Cotton Outlook – Three good reasons for optimism’, cites currency weakness, the premium for Australian cotton (largely due to its quality) and global economic recovery as the three factors underpinning the local sector’s profitability in the near-term.

And beyond the next 12 months, the report says, there is additional cause for optimism – largely due to the prospect of recovering Chinese import demand.

“This is despite the anticipated softening in global cotton prices, with the recent run of high prices driving an expansion in global acreage,” Mr Clack said.

“The US is expected to drive much of the four per cent increase in global plantings that is foreseen in 2017/18, but production could also increase in India, Pakistan and China.”

Mr Clack said the increased global availability of cotton for export was likely to place downward pressure on world prices, despite strong demand which was forecast to increase as economic growth improves. 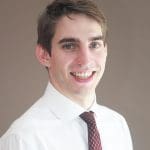 “In the next 12 months, we don’t see the increase in cotton demand exceeding the anticipated hike in global cotton production,” he said.

“However, Australian cotton prices are expected to be largely buffered from any fall in international prices, as the Australian dollar provides some offset.”

The cash premium for Australian cotton is also expected to remain high (over alternative origins), he says, due to Australia’s off-cycle export season and superior fibre quality and, to a lesser extent, Australia’s freight advantage into Asia.

Mr Clack said these factors, as well as strong hand-to-mouth demand from spinning mills as they replenished stocks, should support Australian prices above AUD$520/bale in 2017/18 – shoring up profitability for many growers next year.

“However, much will hinge on production prospects, with the current season throwing up many challenges and resulting in highly variable yields,” he said.

With the world’s ‘cotton heavyweight’ China looking for imports by the end of the decade, the report said a golden opportunity could open for exporters, in particular Australia.

It cites Australian cotton’s superior quality, off-cycle export year, and market access as factors that should see it hold considerable competitive advantage over many other exporters.

“China currently holds 50 million bales in reserve which is equivalent to 54 per cent of global cotton stocks. However, at their current destocking rate, Rabobank anticipates China could reduce their stocks by close to 10 million bales per year,” he said.

He said this would see Chinese stocks return to a more manageable 20 million bales by 2019/20.

At this point, with consumption remaining at a similar level, a supply deficit of around 10 million bales per annum would need to be filled by a substantial increase in local production or a change in government policy to allow for more imports.

“Although it is too early to call, it appears that a combination of both these factors will be required to fill this gap, putting Australia in the ‘box seat’ to fulfil Chinese demand, given its geographic proximity, reputation for quality, and export focus,” he said.