COTTON picking is progressing apace through southern Queensland into northern and central New South Wales, and has kicked off in the far southern growing regions of the Riverina.

Despite below average rainfall stretching irrigation supplies and early thrip pressure in some areas, high temperatures through March and April have enhanced boll fill and lifted yield prospects.

“I’m happy with the way irrigated crops are going. They have had good water supplies and it has grown really well. I don’t think we will get the yields we had a couple of seasons ago, but they are going to be good,” he said.

“With the dryland crop, it comes down to the luck of the draw with rainfall events. There are some cracker crops that defy belief, but you don’t have to go too far to find some very ordinary crops.”

Irrigated crops in the Darling Downs/Macintyre Valley/St George growing areas are coming off slightly earlier than usual, as they are in the northern valleys of NSW.

In the far southern growing areas of NSW, crops are being defoliated and are starting to be picked now.

CSD extension and development agronomist for central west NSW, Craig McDonald, said picking had been underway north of Warren since Easter and was progressing further south. 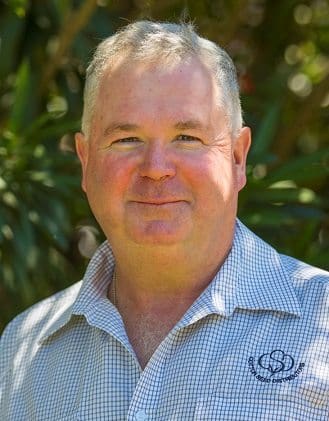 “There are exceptional crops. I haven’t heard specific yields, but they are likely going at least 14-plus bales to the hectare. There have been really good defoliations so far. Quality should be good,” he said.

Mr McDonald said the long, hot, dry spell meant picking conditions had been ideal and given operators a straight-forward run.

“The conditions for picking have been almost perfect. Not much good for anything else with cropping and livestock, but the Macquarie Valley average will be exceptional this year. A cracker of a year. The prices are handy, so it augers well,” he said.

Mr McDonald said with irrigated crops, water resources were stretched this year and keeping water up to them was a challenge.

He said there were just over 1000 hectares of dryland cotton planted in the Macquarie this season and some had been taken out because of the dry.

“It certainly hasn’t been a summer for it,” he said.

Cotton Australia estimates there were 372,000 hectares of irrigated cotton planted this season and 81,000 green hectares of dryland, giving a total Australian crop of 453,000ha and potential production of 4.5 million bales.

Cotton Australia and the Cotton Research and Development Corporation (CRDC) have announced that the application period for the 2018 Australian Future Cotton Leaders Program has opened. Applications will be accepted from aspiring leaders from across the cotton supply chain through to Friday, 4 May 2018.