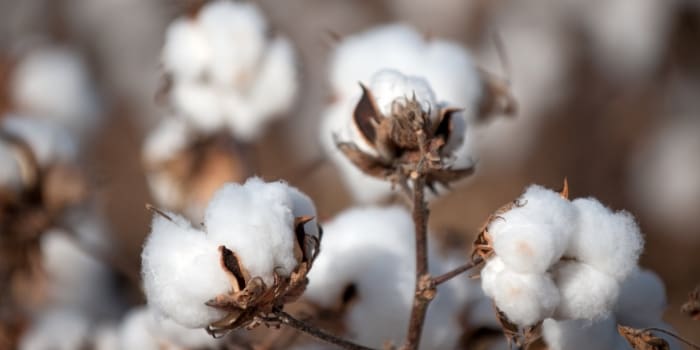 THE Australian cotton sector is facing its toughest outlook in more than a decade, as ongoing drought slashes local production prospects to just 735,000 bales in the 2019/20 season, according to a recently-released report by Rabobank.

It will be a long road to recovery, even in the event of significant water inflows next year, with any return to ‘full output potential’ – of around four million bales – only possible from the 2021/22 season.

In its report, ‘Drought Drags Cotton to Decade Lows’, Rabobank said all major cotton production regions would “feel the pinch”, with southern Queensland and northern and central New South Wales the hardest hit.

“We anticipate 735,000 new season bales will be picked next year, in line with broader market expectations of between 720,000 and 800,000 bales,” Rabobank cotton analyst Charles Clack said.

“This would see the Australian crop come in at just 16 per cent of ‘peak’ production last seen in the 2017/18 season and the lowest output since the 2007/08 drought, cutting exports by 50 per cent year-on-year.”

Looking further forward, the report outlines two scenarios for Australian cotton production out to the 2021/22 season.

“The first scenario assumes extensive rainfall across the east coast through autumn and in to winter,” Mr Clack said.

“In this scenario, 2020/21 season production could potentially recover to around two to three million bales.”

Mr Clack said while lack of seed availability and uncertainty around water allocations, coupled with alternative summer crop plantings, would limit a ‘full recovery’ (of above four million bales), it was possible – under this scenario – in the 2021/22 season.

“The other scenario considers the impact of ongoing drought conditions, which would see production fall further to around 500,000 bales,” he said.

While the outlook is uncertain going forward, Mr Clack said the current supply tightness was likely to support domestic cotton prices, with prices expected to sit around $600/bale by the end of 2020.

“This outlook is also being supported by the uptick in global cotton prices and the depreciation of the Australian dollar, as well as China continuing to source cotton from non-US origins amid the ongoing trade war,” he said.

Mr Clack said while China was likely to purchase some cotton from the US to fill orders, other countries, such as Brazil, were likely to gain a larger market share in China.

“Longer-term, this poses a risk for Australia, as there will likely be additional rivalry with Brazilian supplies – and hence a more competitive price environment – once production recovers,” he said.