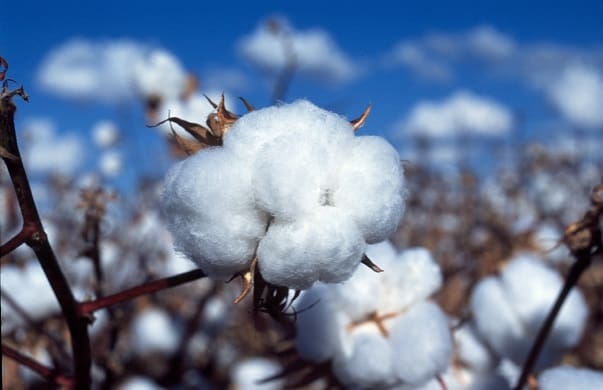 In its latest report released overnight, the USDA says world cotton production is expected to rise 4.7 per cent with the most significant year-over-year growth in Pakistan, Australia, Brazil, the United States, and West Africa.

Global consumption is expected to grow by 4.1pc, substantially above the longterm average rate of 1.7pc, as the world economy recovers from the severe 2020 downturn.

Strong cotton consumption growth in 2021/22 and tightening stocks are expected to support prices with the A-Index forecast up 7 cents to 90 cents/pound for the marketing year. If realized, this would be the highest in eight years. 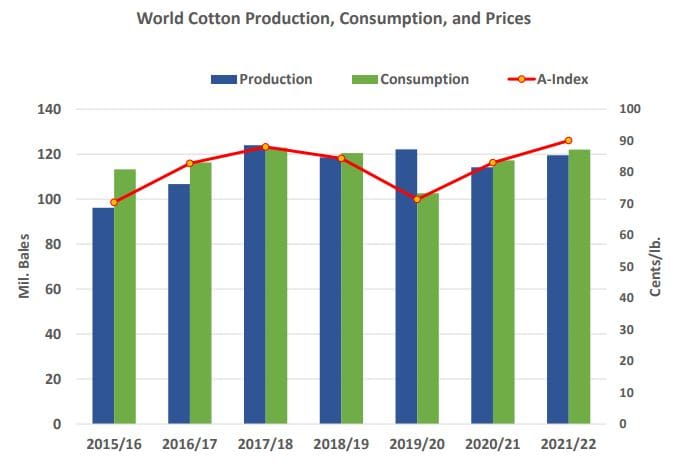 The USDA says production in the United States is up 17pc to 17.5 million bales as planted area remains stable and abandonment declines on the assumption of normal weather.

As a result, ending stocks are forecast at 3.8 million bales, a five-year low.

China’s 2021/22 imports are forecast at 11.0 million bales, unchanged from the previous year’s level, which was the highest level in seven years.

Further growth in yarn and fabric production, coupled with lower domestic production, is expected to maintain strong imports in addition to the State Reserve maintaining an optimal level of government-held stocks comprised of both imports and domestic supplies.

China’s consumption is projected to increase at a rate below the world average due to above average growth in 2020/21.

China realized an earlier recovery from the impacts of COVID-19 relative to other major consumers, with the resultant 2020/21 consumption growth rate above the world average.