New farming strategies give cotton a fresh start in the Kimberley

COTTON production is set to return to the Ord River region of Western Australia as operators adopt new strategies and customise their farming systems to meet the unique challenges of producing the crop in the northern tropics. Kimberley Agricultural Investment (KAI) is set to plant 300 hectares of cotton in the Ord once the wet season ends and the land dries out enough to sow.

Cotton was last grown in the Kimberley in 2011 and follows earlier attempts over the past few decades that faltered under the challenges of weather extremes, pests and the tyranny of distance.

Today, KAI is pinning its hopes on a fresh approach that will take advantage of an earlier sowing window for the crop, access to new Bollgard 3 lines with inbuilt resistance to pests and the incorporation of additional country with well-drained soils.

KAI general manager, Jim Engelke, said producers in the area knew how to grow cotton, it was just a matter of fine tuning the farming system to adapt to the local environment and work around the challenges of the monsoon season.

“We know cotton grows here. We have known that for a long time. The catch up here is that we are based largely on a black soil production system, so when there is rain it is very hard to access. So, planting on black soil at this time of year is a problem,” he said.

“Some years you might be able to plant on the black soil, but some years you won’t. To place all your bets on an industry on black soil would be foolhardy.

“So, what we are trying to do is develop some light country. You can grow cotton on the light country, and take your chances on growing it on the black soil each year.

Mr Engelke said the new approach was to try to plant cotton in the January/February sowing window rather than the previous sowing time in April.

“It grew fine in the 1990s and in 2011. The big problem then was the plant window they were using was the April plant window. That meant it became ready for picking as the rain started at the beginning of the wet season in October/November,” he said. 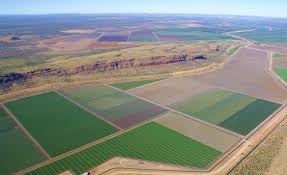 “But now, from a plant perspective, we are lining up the climate and cotton’s growth habit by basing it on the premium planting window (in January/February). That means some years we won’t get it in on the black soil, but it means we will be picking in July/August which are the dry season months.

“That sidesteps the problem of picking at the commencement of the wet season, but it throws up some other challenges. It means you have to manage the growing of the cotton from the wet season into the dry.”

Mr Engelke said in seasons when the rains extended into January/February and limited cotton planting opportunities, there would still be opportunities for growing later, alternative crops.

“The beauty of this part of the region is that, whilst we would prefer to plant cotton at this time of the year as it’s our preferred planting window, we get a second bite of the cherry as a valley,” he said.

“If we miss the January/February plant window for cotton, we do what we have been doing for the last 40 years up here and that’s plant a different crop in April. There are not many farming areas that have two planting windows.”

CSIRO principal research agronomist, Stephen Yeates, Townsville, said Bollgard 3, with its inbuilt insect protection, had given the industry the confidence to plant cotton in the Ord in the wet season.

“We are trying to confirm it gives effective control of army worm, that is a big wet season pest. It is endemic in the Ord in the wet. That was one of the main reasons cotton failed back in the 1970s when it was grown in the wet season,” he said.

“And one of the problems with dry season cotton was you were trying to plant in early April. If you plant much later than that you can be harvesting in the wet season. At the start of the wet you get discoloured lint.

“So, with the heavy clay soils there was always the issue of how risky the planting window was if you had a late wet. The insects were avoided and there were some very good yields, but it didn’t work out.”

Dr Yeates said the move to earlier planting in conjunction with access to well-drained soils had the potential to work well.

“If you are on trafficable soils and plant late January/early February and we can beat army worms, it is a really good time to grow cotton. But you have to be on soils you can plant on at that time of year,” he said.

“You can plant on the black soils opportunistically, but the reality is that cotton is only viable if you can reliably plant and produce to sustain the infrastructure, particularly in the Ord where you are far from anywhere else.

“At this stage we haven’t found a cost-effective way to export it without ginning it (so, you need ginning infrastructure).”

Dr Yeates said a project through the CRC for Developing Northern Australia continued to look into the feasibility of growing cotton in the Ord.

It was fully investigating the opportunity of the January/February planting window.

“If we can plant late January/early February, it doesn’t flower until the end of March which means the wet season is nearly over and the bolls are filling in the sunny days, slightly cooler nights of April/May,” he said.

“The bolls are opening in June/July, which is still warm by southern standards. But it is much better temperatures and solar radiation for growing bolls than any other time of the year in that part of the world. The average temperature in Kununurra in July is 30.5 degrees. That’s the coldest month of the year.”

Dr Yeates said the opportunity of following a cotton crop harvested in June/July with a second, alternative crop was also part of the formula. 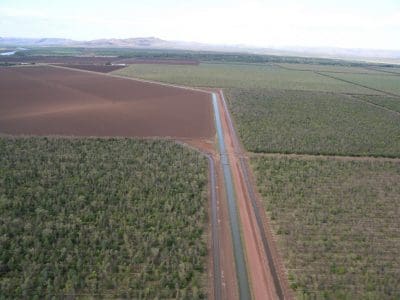 “The rough numbers show that if you have the water to do that and you can find a good second crop, it really improves the bottom line in terms of paying back the huge cost of developing a new irrigation area,” he said.

“It also helps the cotton system by putting another crop into the soil before the wet. It gives a rotation break.”

Dr Yeates said there had been a lot of work in the eastern tropical areas around Burdekin and Georgetown looking into managing the wet season and working out how that could be adapted to the Ord.

“That will help the developers hit the ground running and they don’t have to go through the learning curve,” he said.

“Growing cotton in the wet season is nothing like anything else. It is completely different. The idea of the research is to validate what we know and what the Brazilians have learnt to ensure the scaling up and test farming doesn’t suffer from too much learning-curve setback.”