TWO DECADES after the first genetically-modified, insect-resistant cotton was introduced into Australia, the third generation of the technology, Bollgard III, is making its debut throughout Australian cotton fields. 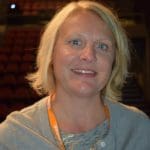 Bollgard III varieties are set to dominate sowings throughout the cotton-growing valleys of NSW and Queensland as sowing gets underway in Queensland’s central highlands.

Bollgard III is the third version of genetically-modified cotton developed by Monsanto and follows on from the successful Ingard (introduced into Australia in 1996) and Bollgard II (introduced 2004).

The addition of the third protein increases the sustainability of the technology as it becomes increasingly difficult for cotton’s major pest, Helicoverpa, to develop resistance to more than one of the Bt proteins.

CSD extension and development agronomist, James Quinn, said he expected a big uptake of Bollgard III this season with the potential for 80 percent or more of the national crop to be sown to the new type.

Much of the demand is being driven by the phenomenal yields of Bollgard III in earlier trials.

“One grower at Forbes with his first (Bollgard III) crop went 18.1 bales/hectare and a dryland crop on the Darling Downs went 11.7b/ha which are yields we used to dream of,” he said.

Mr Quinn said there would still be a small percentage of Bollgard II grown, but he predicted it would be outclassed by Bollgard III, plus growers would find the new Resistance Management Plan (RMP) for Bollgard III with its reduced refuge requirements and minimal pupae busting standards much more attractive (see related article: New resistance management plan for Bollgard III)

Monsanto global technology lead, Shannon Hauf, St Louis, US, said while Australia was the first country in the world to grow Bollgard III, the company’s scientists had already invented Bollgard IV and were looking into what proteins would make up a futuristic Bollgard V.

“Our team will spend the next 10 years bringing these technologies to the marketplace,” she said.