CottonInfo technical specialist, Sally Ceeney, said the overall aim was to produce a balanced RMP that was scientifically robust, practical and achievable for the grower: 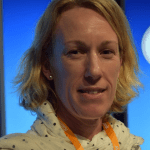 The aim of the planting window is to reduce the length of time the pests are exposed to the toxins.

We know that in the southern regions that climate is the biggest driver of planting time and the season length.

The planting window still plays a role in the warmer regions (northern) where the season length can be potentially longer.

The biggest risk in terms of planting length occurred at the end of the season with late crops and regrowth, rather than at the start of the season.

So what we have ended up with is a wider planting window with some more flexibility built in around that.

Now that we have a wider planting window, the RMP has a stronger focus on reducing end of season risk, ensuring crops are destroyed in a timely manner and we don’t have regrowth occurring.

While pupae busting can be a highly effective tool, there is no point pupae busting fields if there are no pupae in the soil to kill.

We wanted to make sure growers only had to pupae bust in high risk fields.

So the dates around pupae busting have changed. There is no longer a requirement to pupae bust early fields where you are defoliating before March 31.

It is based on the first average date in most regions where the likelihood of pupae entering diapause is 50 percent.

The rules have also changed around what areas of the field to target. Growers are now being asked to target the hills rather than the furrows where there is more likely to be diapausing pupae.

Growers are required to plant pigeon pea or unsprayed, conventional cotton as a refuge for Helicoverpa.

This reduction represents the industry’s confidence in the three-gene technology, it is not a reflection of a reduced importance of refuges.