COTTON picking has begun in Central Queensland (CQ), kicking off a harvest in the eastern growing belt that is set to produce around 4.3 million bales which, while not a record, is at the higher end of most production years.

Growers nowadays have the opportunity to begin picking earlier than has historically been the case since new varieties and revised protocols have seen the planting window opened up to allow sowing to start earlier, in CQ’s case on August 1.

“With the exception of crops affected by spray drift and areas that have been hit by hail, including a strip across the Darling Downs that was hit straight after Christmas, in general growers are quite happy with their crops,” he said.

“Most areas would welcome some rain to assist and some areas may be short of a watering.

“But prices remain strong around $560/bale. Growers can sell out for at least the next three years at $500/bale plus.”

Mr Murray said there hadn’t been a lot of summer rain, forcing growers to draw down on their water reserves.

“In the Gwydir Valley the Commonwealth Environmental Water holder just made 5000 megalitres available. I haven’t seen a price yet, but I’ve been told it is likely to set a record for temporary water in the Gwydir Valley,” he said.*

“Growers around St George typically expect a flow in the Condamine/Balonne Rivers to help them through the season, but they haven’t had that yet.”

Mr Murray said the cotton-growing industry in the southern growing regions continued to go from strength to strength.

“There will be another record area of around 80,000 hectares from the Lachlan Valley south to the NSW/Victoria border and even into Victoria around Swan Hill,” he said. 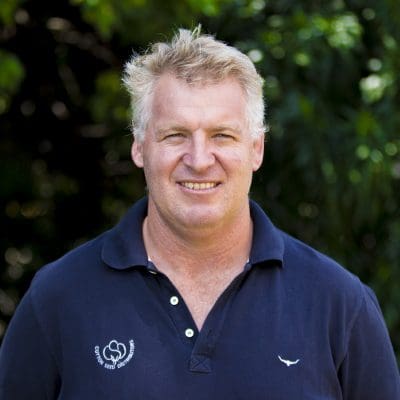 “On the Darling Downs and in the Namoi, Gwydir and Macintyre Valleys, crops are in the middle of flowering. They will cut out at the end of the month,” he said.

“Further south it was a bit cooler this year and the crops are a little bit slower. Plantings have increased down there this season. It has really exploded. We have seen an influx of new growers in the south.”

“That is down on last season reflecting the fact there wasn’t the rain,” he said.

“The dryland is going to need a drink. A lot of the early planted crops have done it tough through the Christmas period when it was hot and there was no rain.

“There were storms on the Darling Downs that helped the profile there. The dryland crop in northern NSW is later planted and still has more time before it needs a drink.”

* The Commonwealth Environmental Water Holder announced on Thursday it had sold 6.7 gigalitres of Commonwealth environmental water allocations for a return of $2.878 million, with the money to be used to improve the environment of the Murray Darling Basin.