US cotton exports fall across major markets, except Vietnam: USDA

LOWER United States cotton production and trade barriers saw 2018/19 exports from the US drop from the previous year, according to the latest cotton report from the United States Department of Agriculture (USDA). 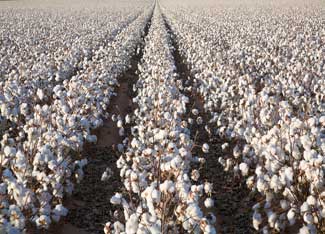 US shipments to eight of the top 10 markets fell with exports to China witnessing the largest decline.

Despite higher global imports by China, retaliatory tariffs on US cotton allowed other major exporters to supplant US market share.

The USDA said despite the lower exports to most major markets, the US’s top market, Vietnam, continued another positive year of growth.

Recent Foreign Direct Investment in Vietnam by several East Asian countries has boosted imports and consumption to record levels in 2018/19, with further import growth expected in 2019/20.

India also witnessed significant growth with US exports surpassing the previous year by over two-thirds.

South Asia was the only region which expanded imports, with India and Bangladesh driving the bulk of demand.

Nonetheless, exports fell in all other regions with East Asia (China) accounting for the most significant downturn.

Despite Vietnam’s uptick, Indonesia and Thailand helped drag exports to Southeast Asia lower on declining use in both countries.

The USDA predicts US exports will expand in 2019/20 with a rebounding crop that’s estimated to grow by more than a quarter.

With larger exports projected, the US is expected to help meet greater global demand in 2019/20 with Vietnam imports expected to break the previous year’s record.

For 2019/20, the forecast shows slightly lower world production and global trade, primarily for countries in Central Asia such as Turkmenistan, Tajikistan, and Uzbekistan.

Global consumption is also down with lower use in China and India resulting in higher ending stocks for both.

Production in the US is raised this month to the largest since 2005/06 at 22.5 million bales, resulting in slightly higher exports and ending stocks. The US season-average farm price is projected at 60 cents per pound, down 3 cents.