Who will Australia back in US/China tussle?

AUSTRALIA will ultimately have to choose a side in the escalating trade and political spat between the United States and China, a move that will have big implications for Australia’s agricultural exports, according to Rabobank’s Hong Kong-based senior Asia Pacific strategist, Michael Every. 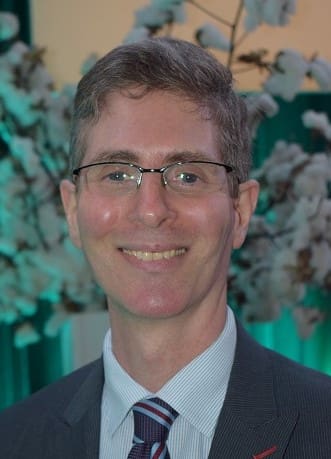 Speaking at the 2018 Australian Cotton Conference on the Gold Coast this week, Mr Every said the trade dispute between the US and China had developed into a multi-faceted power struggle.

“It is hard to avoid the conclusion that there is a new Cold War, this time between the US and China. You could say it is just a trade spat, but I think it is far larger than that,” he said.

“If you look at the US closing off access to its technology firms to China, screening all foreign direct investment (FDI) coming into the country from now on and even talking about stopping visas for Chinese people to study technology in the US, and the general political atmosphere, I think Cold War is a far better term for it.”

Mr Every said the difficulty for Australia was that at some point it would have to pick a side.

“It will be a painful decision that will come with a lot of benefits and a lot of costs at the same time, but it is a decision that is looming,” he said.

“Whether you want to or not, Australia is going to have to pick a side because both sides at some point are going to put a gun to your head and ask whose side you are on? They won’t let you sit on both sides at once, you will have to make a strategic decision.

“…both sides at some point are going to put a gun to your head and ask whose side you are on?”

“China, for example, will say it has been nice to you, making you rich in the agri-sector, so “are you really going to stand with America if they confront us over the South China Sea?”.

“Equally, America is going to turn around and say “mate, we have been defending you for the entire post-World War II period, are you going to keep making money hand over fist in China and walk away from us?”. That choice is going to be very stark.”

Mr Every said the ‘$64 million question’ was what would all this mean for Australian agriculture and what should be the strategy going forward?

“There is not an easy out, but it would certainly be in everyone’s interests to be looking at other markets alongside China,” he said.

“Don’t necessarily walk away now when you still have good opportunities in front of you. But be aware that door can close even if you don’t want it to.

“Remember there are lots of other people who love your product. It may be just a question of looking further ashore than what Australia has traditionally been used to doing. Other countries in the region might be feeling exactly the same way you do and would like to eat or wear what you are producing.”

Mr Every said there was every sign the US/China struggle would take a long time to play out.

“The new Cold War is here to stay. You may not like it, you may disagree, but my view is it is going to be ‘normal’ going forward for a very long time,” he said.

“The trade war is just part of it. It is likely to get a lot worse. We have only seen $50 billion in tariffs from the US so far. There are another $400 billion or so looming in the background.”

Mr Every said even if the US and China resolved their differences over trade through a new bilateral agreement, Australia was still  likely to lose out.

“If we don’t see a US/China trade war and they back off, it is likely to hurt Australia too because the deal the US and China nearly agreed three or four months ago is that China will buy a lot more products from the US to rebalance trade. If they do that, they will dump Australia and deliberately buy American,” he said.

Mr Every said while China was confident it was going to win the power struggle, the odds favoured the US.

‘As is often the case with China, two plus two equals five. You really can’t take everything they are saying publicly seriously when you do a breakdown of America versus China in this struggle,” he said.

“If you look at geography, resources, politics, demography, education, economic growth, business climate, debt, trade and currency, China is growing faster than America, but America has the whip hand on every other front.”

Mr Every said trade and currency were the two issues that really mattered to Australia.

“China may think its currency is more important internationally, but as exporters I can’t imagine a scenario in the future where you will be happy to be paid in renminbi. So basically, the renminbi is irrelevant. China doesn’t really have much of a leg to stand on as a major international power if nobody wants its currency.

“The reason China seems to have the infinite capacity to do whatever it wants and is always flooding the world with money without crisis is because it runs a huge trade surplus with the rest of the world. But where does it earn the dollars from to run the trade surplus? It’s all with the US and Europe.

“So, China is very vulnerable to a trade squeeze. If the US and Europe don’t buy anything from China, China’s trade surplus suddenly becomes a trade deficit and the currency collapses.”

Rabobank commodity analyst, Georgia Twomey, said despite a decline in Australia’s market share into China in the last few seasons due to import levels being constrained by their reserve policy, China remained Australia’s single largest market for cotton. 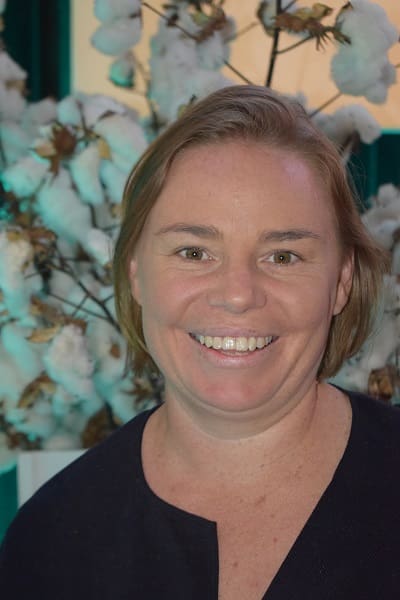 “As we look forward to the next few seasons we expect their import demand will increase. So, the trade relationship between Australia and China is incredibly important for our fibre exports,” she said.

Commenting on the overall market outlook for cotton, Ms Twomey said the sector had seen much higher prices than were anticipated after the July close.

“That has led to physical prices in Australia of over $600/bale for the last few months for the 2018 season that has just been delivered, but also for 2019 forward sales and some healthy offers for 2020 as well.

“The real challenge for Australian growers looking forward to 2019 is the availability of water and how much cotton we will be able to grow.”

Australia produced a 4.6-million-bale cotton crop this past season, but with depleted water reserves Cotton Australia is predicting production will likely halve in the coming season.