World cotton stocks set to be lowest in six years

THE United States Department of Agriculture’s (USDA) latest cotton outlook has raised projections for 2017/18 world cotton production, consumption and ending stocks, but has reduced trade estimates by two per cent. 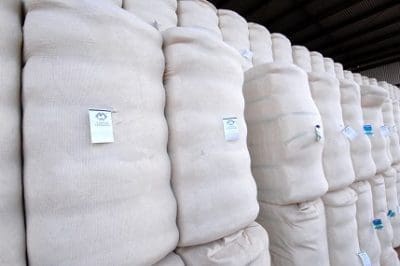 Since its last report a month ago, the USDA has lifted production estimates for Pakistan, China, and Mexico based on a higher estimated planted area.

China’s consumption is raised in both 2016/17 and 2017/18, as sales from the national reserve and steady imports suggest that consumption there is stronger than previously estimated.

A reduction of nearly 800,000 bales in world imports results primarily from lower expected demand by Pakistan and Mexico.

Exports are lowered for the United States, India, Brazil and others. 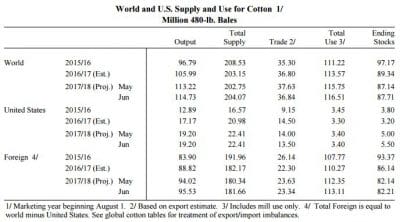